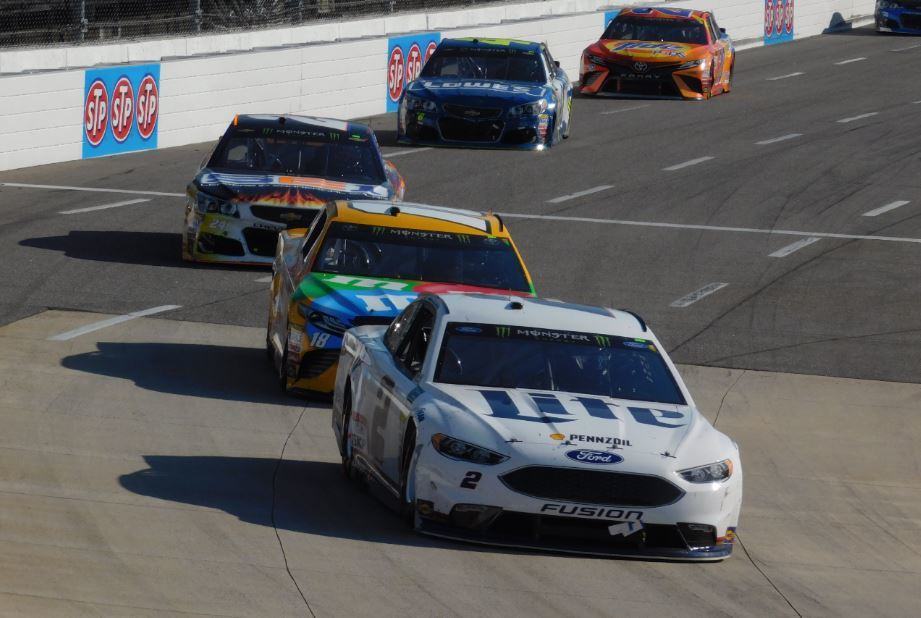 Nobody seemed to want to lead Sunday at Martinsville Speedway.

But when it came down to the final laps, Brad Keselowski took it and kept it to win the STP 500. The victory, his second of the season, is Keselowski’s first at Martinsville and 23rd of his Monster Energy NASCAR Cup Series career.

“We’ve ran so good here but something always happens,” Keselowski said. “Martinsville is just one of those champion’s tracks. The guys that run well everywhere run well here, and it’s really just an honor to win here and get to compete here. This track is 70 years old and a lot of legends have won here. It feels great to be able to join them and bring home a clock.”

Kyle Busch came home second in his fight to back up his spring Martinsville win from 2016. Leading a race-high 273 laps, Busch was no match for Keselowski’s late pace.

“Brad ran a good race,” Busch said. “I don’t know if he knew he was better than me, he probably should’ve known. I was giving it all I had to try to hold him off. But I was grasping for straws.”

The highlight of the race for Busch was when lapped car Ricky Stenhouse Jr. bumped him out of the lead coming to the strip for Stage No. 2. Busch said that Stenhouse should expect something back after the contact.

“When you have the leader to your outside and you keep banging him, that’s pretty disrespectful,” Busch said. “Keep doing what you want, it’s going to come back and bite you one of these days.”

Chase Elliott was the next best car throughout the day, leading 20 laps before finishing third. Winning the Camping World Truck Series race on Saturday, Elliott hopes the result wasn’t luck.

“I hope this is a consistent trend,” Elliott said. “From where Iv’e been here in the past, it was night-and-day.”

The race saw a plethora of cautions, 14 on the day, that took out drivers like Jamie McMurray, Denny Hamlin and Daniel Suarez.

Despite the heavy amount of carnage, there were some strong comeback performances in the top-15 finishers. Ricky Stenhouse Jr. overcame a spin to finish 10th while Erik Jones finished 12th with a heavily damaged Toyota.