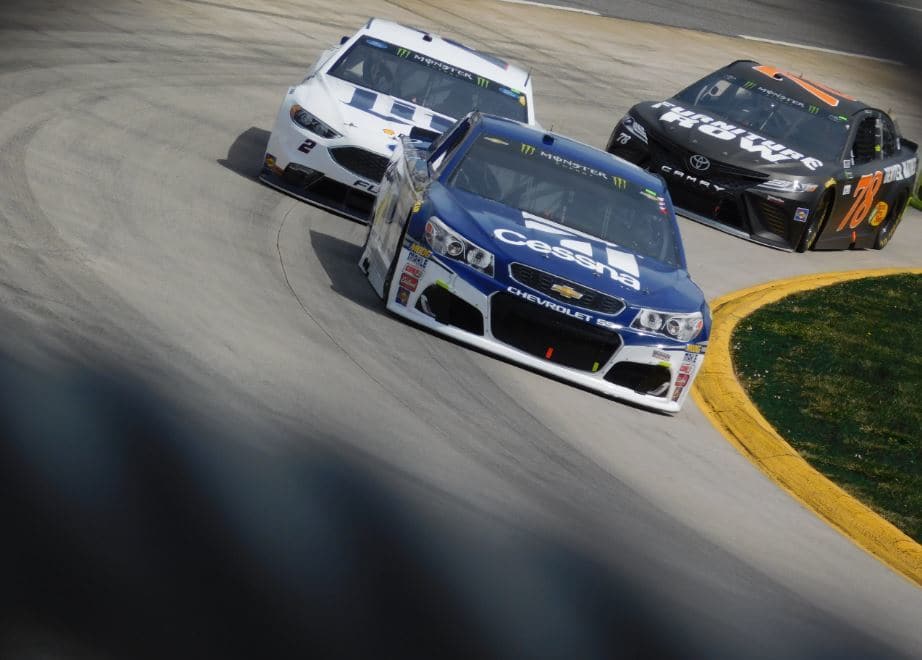 Starting sixth, McMurray drove up to the second spot before losing a couple spots before the first caution on Lap 70. The ensuing restart saw McMurray get hit by Jimmie Johnson after a three-wide move by Ryan Blaney.

And within a few laps, the significant tire rub led to a cut tire into Turn 3 on Lap 100.

After the hard hit, McMurray re-thought the decision to stay out while the tire was smoking.

“If the smoke hadn’t gotten lighter, I would’ve pitted,’ McMurray said. “The team said to run a couple more laps. The smoke got a little lighter and I thought we were going to be OK. If we pit, we lose three laps. Now… you wish you had.”

With a hard driver-side impact into the SAFER barrier, McMurray was in good spirits.

“I contemplated running higher on the track so you can lessen the blow,” he said. “When it did blow, I knew I was going to hit driver-side first, which is a horrific way to wreck a car. But it didn’t hurt as much as I thought.”