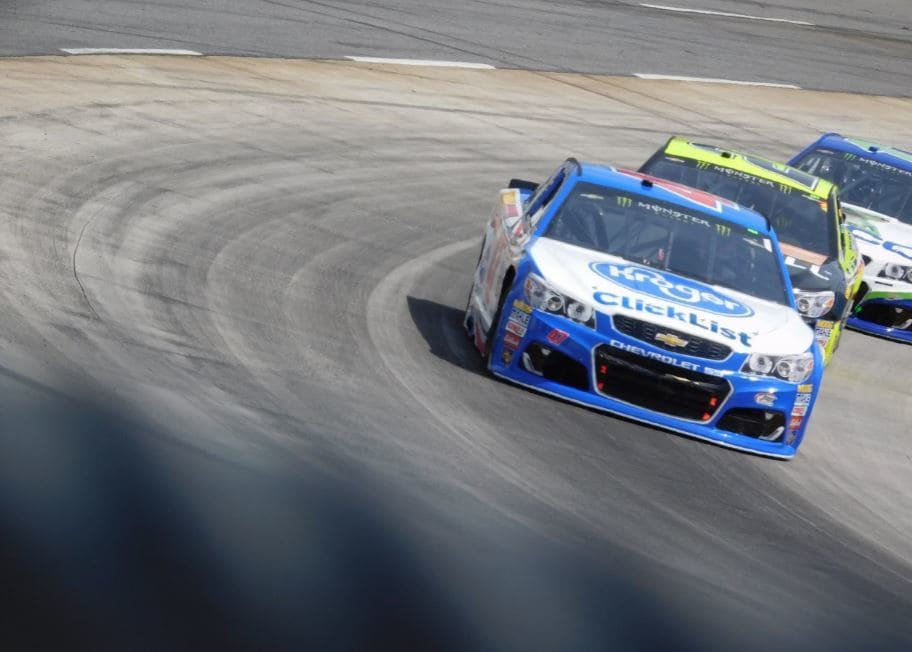 JTG Daugherty Racing teammates AJ Allmendinger and Chris Buescher came into Sunday’s STP 500 at Martinsville Speedway with a combined one top-15 finish between in 2017. Afterwards, each had earned another of their own.

Allmendinger was in contention on and off through the race but was moved up the running order late in the going to notch a sixth-place finish. It was his first top 10 since coming home third in the season-opening Daytona 500.

“If we have weekends like this where we learn, able to stay calm and build our racecars the way they are, we’re going to be OK,” Allmendinger said.

The No. 47 driver has a solid track record at the .526 mile paperclip-shaped oval, having runs of second and 10th in the two events last season.

For Allmendinger, it was the lengthy green-flag run to end the race that allowed him to move toward the front. Still, it left him wanting even more.

“I hated to see all those yellows,” he said. “I knew we needed about 100 to 120 green-flag laps because the car was so fast. Wish we’d had it there at the end because we were really fast.”

Buescher, the biggest surprise winner last year at Pocono with Front Row Motorsports, has had little to be excited for in his first season with JTG in 2017. Historically, he has had even less to smile about at Martinsville, as his previous best was 24th. A strong run on Sunday certainly came as surprise.

“You want to win, but I knew we weren’t quite in contention for the win,” Buescher said. “We made great progress to the point where we could run toward the top 10. With how our year has gone, that’s a big deal.”

Both drivers were mired deep in the standings coming into Sunday’s race, and will jump to 26th and 27th, respectively. Additionally, both are looking to make a second trip to the Monster Energy NASCAR Cup Series playoffs.

If they continue to perform at the same level they did on Sunday, they certainly could make the playoffs again.