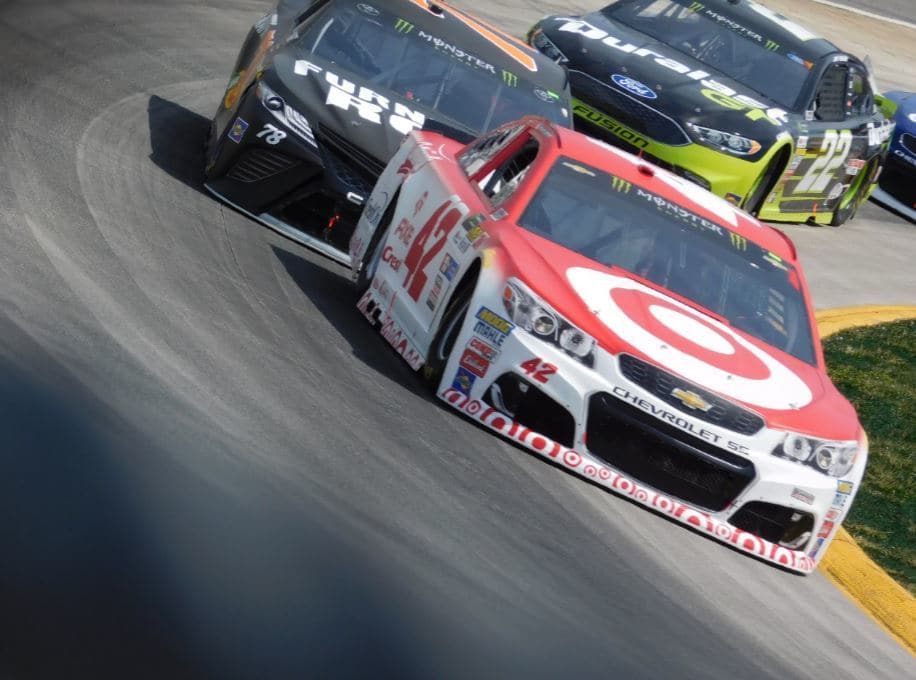 The Martinsville Speedway has been a great racetrack for JTG Daugherty Racing. AJ Allmendinger finished second in the spring race last season and 10th in the fall race. It shouldn’t be surprising that both Allmendinger and teammate Chris Buescher both performed well on Sunday.

Allmendinger finished sixth, coming back after getting involved in a late-race wreck between Denny Hamlin, Dale Earnhardt Jr. and Aric Almirola. Buescher ran in the top 15 for most of the day and ended up 11th at the finish. It was easily the best race Buescher has had all season in the new second car for JTG Daugherty, while Allmendinger earned his second top 10 of the season after finishing third in the Daytona 500.

A more in depth look at JTG Daugherty’s day can be found on Frontstretch.

NASCAR needs more short tracks. Today’s race was easily the best race of the season so far, yet the Monster Energy NASCAR Cup Series only has five more short track races on the entire schedule.

Obviously it would be hard for NASCAR to take away or add more races until the current track contracts run out after 2020. But I think it’s fair to say that, when they do, there are going to be a lot of people between the fans and the drivers that are going to want more short tracks and less generic 1.5-mile speedways.

Congratulations @MartinsvilleSwy on 70 years. Throw a dart anywhere west of Mississippi and build another one just like it.

Obviously, the toughest hurdle will be the current fact that neither International Speedway Corporation nor Speedway Motorsports Incorporated own a short track not currently on the Cup Series schedule. This is a problem because neither publicly traded company would agree to cut a race for a non ISC/SMI track like the Iowa Speedway, unless shareholders get allergic to money.

There are three tracks with five dates on the Cup Series calendar that are not owned by either company. The Pocono Raceway, the Dover International Speedway, and the Indianapolis Motor Speedway. Of those three tracks, Indianapolis, despite attendance and race quality problems, would be safe no matter what happens. Both Pocono and Dover, however, need to start putting on races as exciting as the Sunday’s Martinsville contest on a regular basis if they don’t want to be on the hot seat by fans and drivers in three years’ time.

Kyle Larson led the first 23 laps but struggled on long runs. After being passed for the lead by eventual race-winner Brad Keselowski, Larson never regained it and struggled with the race beginning and ending stages of the race having long green flag runs. After such a hot start to the season with four consecutive top two finishes, Larson finished 17th but maintained a four point lead on Chase Elliott in the point standings.

Kyle Busch dominated most of the race, leading 273 laps and almost all of the second stage of the race. But it wasn’t a perfect day for Busch at any rate. First, Busch was knocked out of the way by Ricky Stenhouse Jr. so that Stenhouse could get back on the lead lap at the very end of the second stage, allowing Elliott to close in and nip Busch at the line for the stage win. Then, Busch and Keselowski dueled for most of the final stage, before Keselowski got around Busch with 43 laps to go and cruised to a victory. Busch finished second after holding off Elliott for the final ten laps.

There were a ton of tire failures on the day, leading to cars spinning or making unscheduled pit stops. Jamie McMurray started the race off strong, racing in the top five for most of the first 100 laps of the day. But then, however, the No. 1 Chevrolet had a tire rub on Lap 106, and the team stayed out, banking on a caution just a lap too long. The resulting slam into the turn one wall totaled the Cessna Chevrolet, and McMurray went from maybe contending for a win to finishing dead last in 38th.

On Lap 419, Hamlin wheel-hopped into Danica Patrick, setting off a seven-car accident. Earnhardt, who had already battled back up to the top 10 after spinning out earlier in the race, suffered major damage to his radiator and had to park it for the rest of the day. Meanwhile, Almirola had been a top 10 car for much of the day, but after spinning out in the wreck, could only finish 18th after the accident.

Why… did Brad Keselowski win?

He out-dueled probably the best overall short track driver in the sport right now. There may be better drivers than Busch at Martinsville, Richmond or Bristol, but no driver is as good as Busch is at all three. Keselowski was able to get around Busch and pulled away seemingly effortlessly, even in lap traffic.

The word of the day on Sunday was “brakes”, and Keselowski was just plain better than Busch at conserving, then using them in the final 50 laps. Any driver who wins at Martinsville has good brakes, and Sunday was no exception.

Where… are the Martinsville grandfather clocks made?

One of the most unique trophies in all of racing, the winner of any national series race at Martinsville receives a grandfather clock. It and the money are a small consolation for a driver losing their mind and/or brakes in the 500-lap, four hour slug-fest.

Race winner Keselowski reviled after the race that the Martinsville grandfather clocks are actually made in his hometown of Rochester Hills, Michigan. There were probably a lot of celebrations happening in Michigan on Sunday night, particularly in Detroit; in addition to Keselowski winning, this was also the first time a Ford has won at Martinsville in a long time. 2002, to be exact. It was so long ago, Kurt Busch won that race in his Roush Racing Ford and rookie Jimmie Johnson finished sixth, his best finish at Martinsville by that point.

Busch didn’t have brake problems, he had tire problems. He said so within a few laps of putting on his last set of tires. Had that not happened, Kez would likely not have won this race. I’m a Ford guy, happy to see Kez win, but it was bad luck for Busch that made it happen.

I see where the 23 and 32 fulfilled their purpose for being in the race by bringing out cautions. Only problems were the 23 did it 170 laps too soon and the 32 70 laps.

I thought NASCAR had listened to the fans and solved the issue of too few short track races by having the announcers (DW especially) refer to 1 mile tracks as “short tracks”.

Apparently Frontstretch agrees. She paragraph three of the latest ‘Thinkin’ Out Loud’: