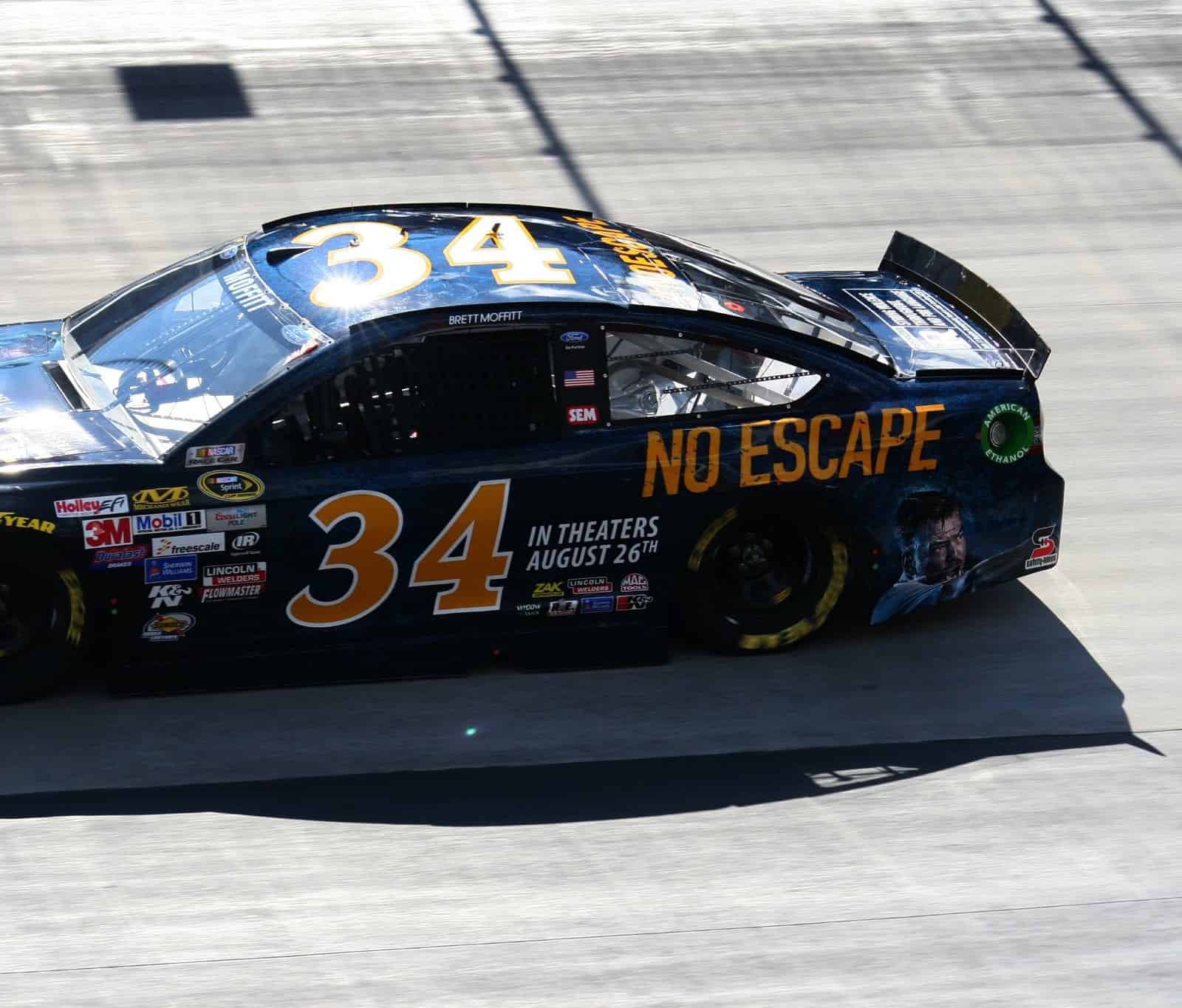 Sports Business Daily reported that Front Row Motorsports, the two-car team that currently fields the Fords of Landon Cassill and David Ragan, spent around $2 million for the charter they purchased from BK Racing over winter break.

The team has since leased the charter to new Monster Energy Cup Series team TriStar Motorsports for an unknown amount of dollars. At first this season, the plan was for the team to get the charter back and expand to a three-car organization, but no one at FRM has committed to anything. They must either field a third car or sell the charter outright next season.

The team also left the Race Team Alliance during the offseason, as reported by SBD in the same article. Leavine Family Racing has become a new member of the RTA, essentially replacing them. Front Row joins TriStar, Go FAS Racing, Furniture Row Racing, and Wood Brothers Racing as the only chartered race teams not currently in the alliance.

SBD also reported that Tommy Baldwin Racing, which fields a car part-time in MENCS, sold its charter for $3.5 million to LFR. The reason for the higher price is due to the complicated charter system putting a larger value on historical success. The No. 7 of TBR was generally more competitive and had been around longer than the No. 83 of BK Racing, which is the charter that was sold to Front Row.

This article marks just the second time the general public has gotten an idea of just how much a charter is worth. In 2016, Gene Haas (co-owner of Stewart-Haas Racing) told Motorsport.com that, after buying a charter for his No. 41 team from Michael Waltrip Racing, there was not just a flat fee for his transaction:

“[MWR majority owner] Rob Kauffman is a pretty smart guy. He really doesn’t leave much change on the table. So he’s going to make sure he gets his value, and that’s what we agreed to.”

Haas told Motorsport.com that Kauffman received an initial six-figure down payment with installments to be based on fair market value.

Haas also said in the same interview there were some teams that would sell a charter outright at $5 million. It’s unknown currently if the installment plan was specific to Kauffman’s deal with Haas or if it is a common practice among teams buying and/or leasing charters.

Regardless, bigger charters are worth a lot of money. SBD also reported that, according to an anonymous NASCAR official, that charters for teams older and bigger than Front Row could sell for $8 million more if they were put on the market.