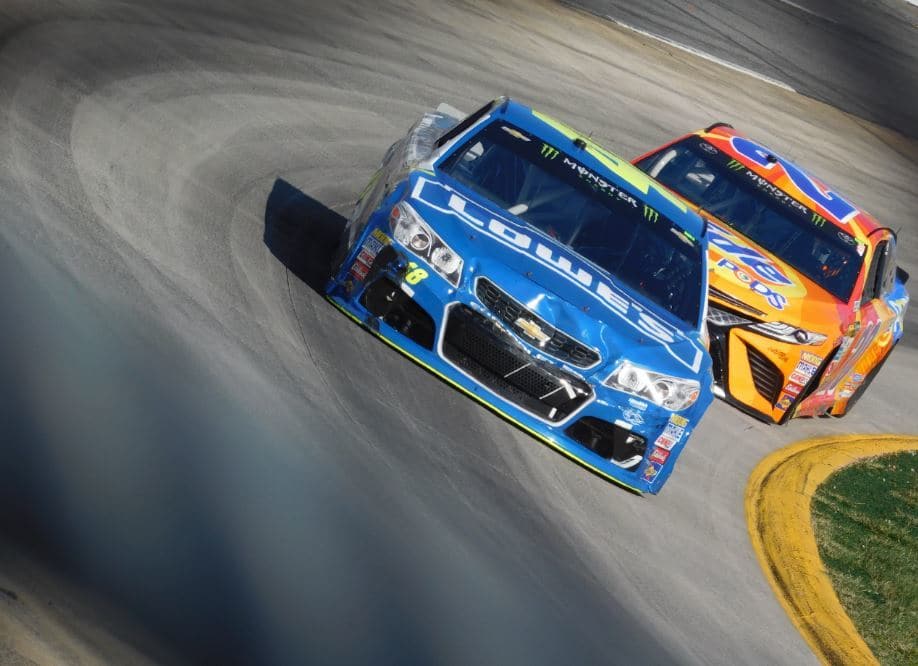 Did You Notice? … A Sports Business Journal report surrounding the value of NASCAR franchises? If true, charters have been sold the last year or two at an average value of $2-3 million. According to the article, Tommy Baldwin Racing was one of the higher-end examples of what franchises have been worth. The team, which spent a decade at the Cup level, sold its charter for $3.5 million to Leavine Family Racing for 2017 and beyond.

It’s fair to say prior to the franchise system, a team like TBR could wind up gutted without sponsorship. Equipment could be auctioned off for a fraction of the price while the owner got saddled with debt. These numbers, according to SBJ, don’t include assets like cars, equipment, even race shops themselves.

But let’s compare that $3.5 million, base number to the franchise values of other major sports. Here’s a look at the last sale of a franchise in each of the stick-and-ball counterparts for NASCAR.

Those are just the four major operating leagues in North America. Even MLS, still a fledgling soccer league, tries to charge a $200 million franchise fee for any city looking to jump on its roster.

The simple math makes NASCAR look miniscule by comparison. Even with hockey, the lowest-priced franchise sale described above the total was 43.5 times more than what another team paid for TBR. You can add the equipment, cars and race shop to the total value of the franchise but no way it adds up to $152.5 million.

For a stock car series sporting a ten-year, $8.2 billion television deal those numbers are difficult to stomach. Clearly, there’s urgency for the Race Team Alliance to establish equivalent value for their teams.

Why is franchising, still in its infancy, struggling to gain more financial traction? The answer is as simple as what we saw Sunday at Martinsville: two empty spots on NASCAR’s 40-car grid. With only 38 cars starting, just two of the four “open” spots filled by non-charter teams, there’s no push for outside ownership to get involved in the sport. NASCAR’s purse structure, which rewards franchised teams at a higher percentage than those “open” participants, also puts the squeeze on new ownership.

So new owners aren’t testing out the sport. If the charters themselves were still changing hands, new faces getting involved through franchising, that wouldn’t be so much of a problem. But no “new” owner has shown up to compete on a full-time basis, period in 2017. In fact, the charter breakdown shows sales or leases to teams already competing. The grid is rearranged within that exclusive group so everyone still gets a piece of the franchising pie.

Only two owners, Mark Beard and Marty Gaunt, have debuted on the circuit this season and both only plan to run the four restrictor plate races. There’s no indication from either they’re in the market to purchase a charter. Instead, both are dipping their toes into events where engine parity gives their small operations a chance to compete.

When there’s no demand from owners, then looking to get involved at stock car’s highest level the value of their franchises takes a hit. It’s a simple case, to me, of supply and demand. Say I’m selling a bottle of water to you after the race. If you’re the only one who wants it, in a crowd of 50,000 well I might be willing to sell it to you for 50 cents. But if five dozen people want it? And they’re all really thirsty? That same bottle of water may wind up sold for $4.99.

NASCAR is put in a box here because, despite what you may think, they’ve catered to both their full-time teams and biggest primary sponsors. The old top-35 rule, incorporated back in the mid-2000s, was the result of two full-time teams missing the race with big primary backers at Atlanta Motor Speedway. The thought process was companies like Valvoline and Caterpillar couldn’t afford the lack of exposure a DNQ would give. Officials wanted to protect people who had put blood, sweat and tears into the sport. When 60 cars showed up to qualify, at the height of NASCAR’s peak, their hand was forced.

But the pendulum, over time, swung too far in the other direction. Toyota paid a heavy price rising into the sport its first two years, new teams consistently failing. Programs like Michael Waltrip Racing and Team Red Bull were sent home despite multi-million dollar sponsorship. The top-35 rule made it that much harder for a new manufacturer, owner, even multi-car organization to come compete. It seemed the rule didn’t serve its intended purpose. But by the time it was dissolved, nearly a decade later, the Cup Series field was filled with start-and-parkers. They needed such programs just to reach the max number of 43 cars.

NASCAR has cut the field size since then, from 43 to 40. They could do so again to increase the value of a starting spot. But until it finds a way to bring new owners to the table, getting new people to experiment with stock car racing, its franchises will lag behind the value of the other major sports.

One more point: Forbes has the top teams, like Hendrick Motorsport,s valued at $350 million for four teams in 2017. But that’s why the Sports Business Daily article is so damaging and I think people are so mad. If a lower-end team has their charter sold for just $3.5 million, it gives the impression that the top franchises could be grossly overvalued.

Did You Notice? … Six races in, NASCAR’s early playoff picture showcases a tilt back toward Ford and Chevrolet? Here’s a breakdown of what the 16 teams would look like if the season ended today….

Notice that Toyota, which sent all four JGR teams plus Truex to the dance last year, only has one driver in position to qualify as of now. Even Denny Hamlin is a point off the pace as the team seeks to adjust from the offseason departure of Carl Edwards. Crew chief Dave Rogers taking a personal leave of absence has only created another hurdle within the program.

As for Ford, the expected power shift from adding Stewart-Haas Racing has come to pass. While SHR has struggled to stay consistent, they’ve won with Busch. Team Penske, earning two trophies with Keselowski, seems strong across the board, success trickling down to the Woods and Blaney. Even Roush Fenway Racing, consolidating to just two teams, would put one of their cars in there with Bayne. Richard Petty Motorsports sits just outside the top 16 with their refurbished, one-car program headed by Aric Almirola.

Chevrolet, meanwhile, has seen a consolidation of power to both Hendrick Motorsports and sidekick Chip Ganassi Racing. Larson and McMurray have excelled, making up for the slow starts in three of the four Hendrick programs. Considering Dale Earnhardt Jr. isn’t listed here, a driver who’s the favorite at a number of tracks on the circuit the number of playoff contenders for them should rise.

There’s still plenty of time for Toyota to figure their program out. The expansion at Furniture Row, an early problem has ironed itself out rather nicely. But it’s bizarre how quickly the sport’s best manufacturer just a few short months ago has fallen from the top.

While I agree with the disparity in values of a franchise in the relative sports I don’t believe it is a valid comparison. Look at the number of events/games that a major stick and ball sport plays vs motorsports. And I think it is a vast assumption to think that Nascar or the team owners want more major competitors. The teams certainly don’t want more competition to either their bank balance or their egos.

But instead of doom and gloom consider this. Williams F1, the old running F1 team, the only one listed on the stock market just reported earnings for last year. Had income of 116.7 million pounds and a net profit of 12.4 million pounds. And they were far from the largest team, #4 or 5 I believe. Not a bad return on investment I believe.
I suspect that the top 4 teams in Nascar are doing at least as well, so why should they want competition?

This is very simple, in all the other leagues, a franchise means an invitation to a pro-rata ownership of the league and higher value is reflective of that equity. In NASCAR, the “league” is owned privately and the franchise only gets you the opportunity to operate. The big TV dollars still go to the family and the tracks they and their cronies operate, while the race team owners have to hustle for team sponsorship – often in direct competition to NASCAR Itself as team sponsorship can’t be in competition to NASCAR’s own sponsors. Until that model changes, values will never be significantly higher.

And the rich get richer.

And Brian still doesn’t indicate race winnings in the results like he said he would last spring. There’s a reason for that.

Brian wouldn’t have started franchises if it didn’t put more money in his pocket.