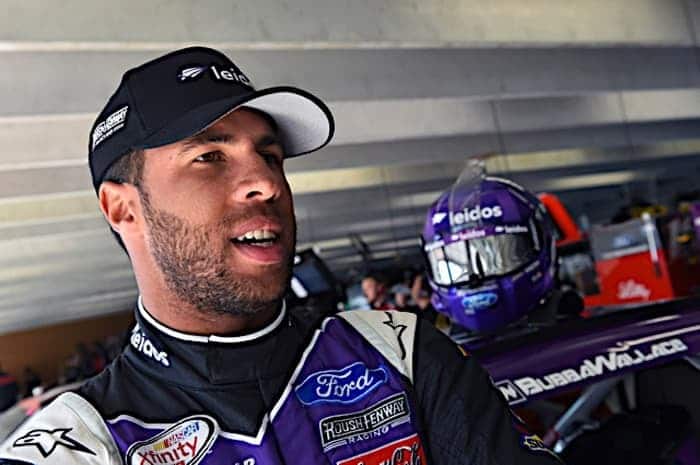 After struggling through much of last season with just three top fives and nine top 10s and finishing 11th in the standings, Wallace opened the year with a dismal 33rd-place result at Daytona. But since then, it’s been sixth every race day.

“We had some good calls and good strategy today. What a blast out here today,” Wallace said after the race. “Unreal. Shout out to my guys. My pit crew was on it all day and all year. They put us in the game there on the green-flag stop. I saw we came out a couple spots ahead of the guys we were behind and I knew it would be a good day. Thanks to Leidos and Ford and Jack Roush, we are making gains.”

But it wasn’t all happy and rosy for the driver of the No. 6 Ford, who was involved in an incident with Tyler Reddick that brought out the fourth caution.

“The 42 got into us there in entry. Just a racing deal,” Wallace said, explaining the incident. “I was a little pissed off at first but you have to remember there are rookies out here and I am still learning myself.”

Despite the contact and ensuing spin, Wallace was able to not only able to remain on the lead lap, but the damage was minimal enough to keep him in contention enough to finish sixth.

Mired 27th in the points following the season opener, Wallace has steadily climbed all the way to fourth, up one position from last weekend, heading into the Easter off week. He now sits 49 points behind leader Elliott Sadler, William Byron and Ryan Reed.