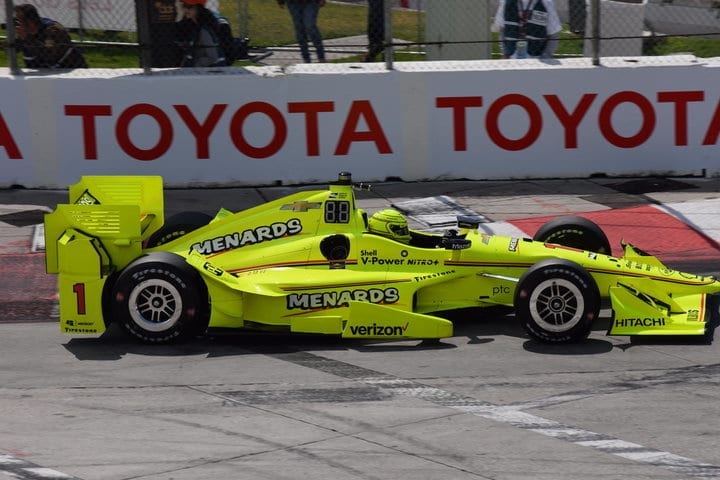 Sunday is destined to be a tough day for defending Verizon IndyCar Series champion Simon Pagenaud.  A penalty for impeding traffic in qualifying means that he has to start last.  Luckily, Pagenaud has a fast car.  In the morning warm-up in Long Beach, Pagenaud was quickest with a lap of 66.6497 seconds (106.299 mph).

Some of the fastest drivers in the field were actually quite a ways down the speed charts in the session.  Pole sitter Helio Castroneves was 11th quickest, while James Hinchcliffe was 16th.  Will Power was a rather surprising 20th, nearly 1.9 seconds off his teammate Pagenaud’s best time.

There was one brief red flag during the session.  Spencer Pigot locked up the brakes on his No. 20 Loki the Wonderdog entry in turn 1 and nosed into the tires.  The car suffered nose damage in the incident, but the Holmatro Safety Team simply removed the damaged bodywork.  Following a restart, Pigot drove away on his own.

The 43rd Annual Toyota Grand Prix of Long Beach is set to start at 4:30 p.m. EDT Sunday afternoon.  Live coverage can be found on NBCSN.