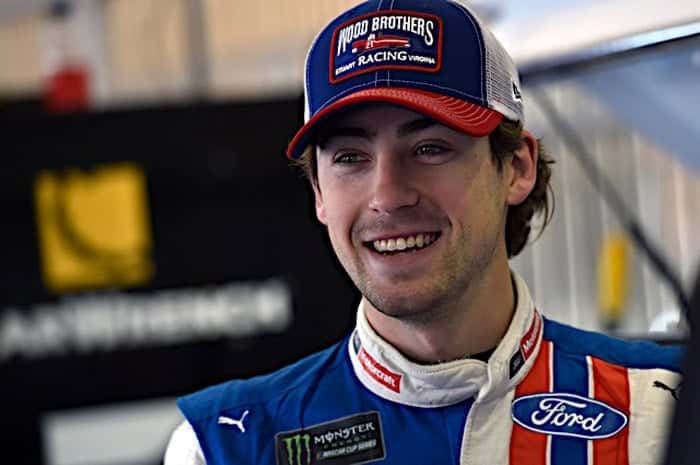 It almost seems like an annual rite of passage in these early stages of the Cup Series season. What’s wrong with the No. 48 team? Is Jimmie Johnson finally past his prime? Is this the year the now-seven time champion becomes an also ran as he winds down his career? Well, we got the answer to all of those questions in short order on Sunday: The answer is an emphatic no.

HOT
Sure, Johnson had been plenty successful at Texas before, with six career wins. But with him having to start the back of the pack Sunday due to a tire change after a spin in qualifying, well, it would have made sense to think that win No. 7 at the track would not come today. However, competing crew chiefs and drives have long been trying to make sense of what Johnson and crew chief Chad Knaus have long been doing for years. Johnson has now gone 16 years with winning at least one race. So with the win all but insuring Johnson will be in the Chase again this year, the next question is will he become the first driver to win eight titles? Whether he gets that eighth title this year or not, just the fact it will be talked about come playoff time is a testament to that team’s greatness.

NOT
It was at about this time last year every other team was chasing Joe Gibbs Racing. But that trend has certainly been reversed this year. While Kyle Busch is seventh in points for JGR, he’s the only one to get off to a respectable start in these first seven races. Not only has a Gibbs car not visited victory lane this season, after Busch, Denny Hamlin is 16th in points, Matt Kenseth 22nd and Daniel Suarez 23rd. Maybe the now retired Carl Edwards knew something that nobody else did? Of course, Gibbs fans can take heart that it is still early and there is plenty of time to figure things out as there are 19 regular season races remaining. But now the focus will turn from what’s wrong with Johnson to what’s wrong at Joe Gibbs Racing.

HOT
Kyle Larson got the victory monkey off his back by winning at California two weeks ago, and if there had been a maybe two or three more laps left on Sunday, he may well have had a second one. But at any rate, Larson finished second Sunday, meaning he has been first or second in five of the seven races this season. Those are the types of finishes that win championships. The challenge for Larson and the No. 42 team will be to have that kind of success in the final 10 races of the season. A driver that puts together that kind of run will be hard to beat.

NOT
Overall, I generally have no issues with the Fox TV team of Mike Joy, Darrell Waltrip and Jeff Gordon. But on this day they missed an important situation, only because it involved the winner of the first two stages of the race, Ryan Blaney. It was on the restart after the second stage where Blaney had to let off the gas a bit to avoid hitting AJ Allmendinger. That cost Blaney precious momentum on the restart and it took him a while regain that momentum and eventually reach the top 10. None of the announcers ever figured out just why Blaney lost so much ground to Johnson and Chase Elliott.

HOT
Anyone with any sense of history in NASCAR, had to enjoy watching the No. 21 car run up front for the first two stages of the race. While Blaney didn’t win, he did make a statement that the iconic Wood Brothers Racing car can compete with the best in the sport. Overall, Blaney led 148 laps on the day and the two stage wins each count as a bonus point for the playoffs. Blaney has looked playoff worthy so far this season as he sits sixth in points while looking for his first career Cup Series victory.

NOT
While there is certainly plenty of science that goes into winning a NASCAR race, there’s also quite a bit of art involved in making to victory lane as well. That means being able to make the right calls at the right time, or not have an adverse reaction to a difficult situation. The combination of those last two things kept Blaney from having a chance at victory Sunday. While it’s hard to second guess crew chief Jeremy Bullins’ call to not come in after a caution while leading in late in stage 2, the call to stay out severely hurt the team’s chances of winning. It should be noted that Johnson was on the same pit strategy and won. However, when Blaney had his momentum stopped by rookie Corey Lajoie, then repaid LaJoie with a little side bump when passing him, well, that’s not the time to put a such a good car in jeopardy. While there is certainly a time and place for Blaney to get his message across, that was not the time to do it. So, while it was fun to the No. 21 fast again, there’s still some learning going on too.

The Cup series is off this week before heading to Bristol on Sunday, April 23. The half mile bull ring is a place where tempers often flare and it’s almost impossible to come out of there with a car not beat up at least a little. It’s just a matter of survival. So, my pick to win this one is Kevin Harvick, who said last year he was going to be like a bull in a china shop during the Chase. Well, maybe he will be a bull in a bull ring this time. The deep sleeper underdog who you might not think about pick is AJ Allemindinger, who seems to love these super short tracks as much as he does the road courses.

Sadly Corey Lajoie seems to be the designated jerk to screw up the race, to fall on the NASCAR SWORD guy this year. Rcent names come to memory Matt Dibenenetto, Jeb Burton, a Buscher or two.

I think it’s more the car than the driver. It doesn’t seem to matter who is in the 23. It’s a guaranteed caution, usually at the end of the race for the 23 or 32 or 83. Brian’s dream ending for his product That’s why they’re in the event.