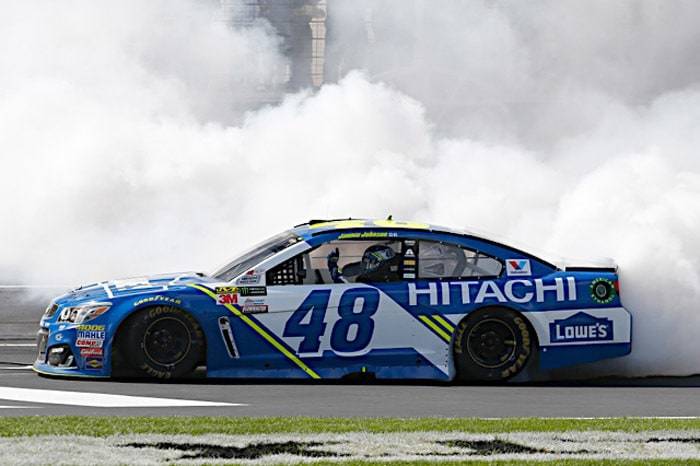 The Monster Energy NASCAR Cup Series two-stepped into the wide open spaces of Texas Motor Speedway on Sunday. Or, shall we say, the wider open spaces. The track was repaved since the tour last visited the 1.5-mile quad-oval, and, among other enhancements, the racing surface in Turns 1 and 2 was widened by about 20 feet. As is usually the case when a track is repaved, few knew what to expect out of the O’Reilly Auto Parts 500. Notebooks from past years’ events were rendered useless, and the playing field was leveled with everyone starting from scratch.

However, anyone who has followed NASCAR with any sort of regularity over the past decade knows one particular driver who can take advantage of a level playing field. Jimmie Johnson came into the weekend on a six race winless streak and looking to break out of the slump. I know what you’re thinking, but that is a slump for the seven-time champion. Johnson capitalized on a late race caution, taking the lead after the restart and rocketing away to victory. With the win, Johnson continued his streak of winning a race in each of his 16 full-time seasons in Cup.

So what did we learn for the power rankings post-Texas? First off, media members would likely make terrible cattle ranchers. WiFi on the range is spotty at best, saddles don’t have cup holders for coffee, and the only fire any of us can make is an emoji. Instead, we’ll stick to what we know: air conditioning, social media and telling you who’s coming up on the horizon and who’s blowing away like a tumbleweed.