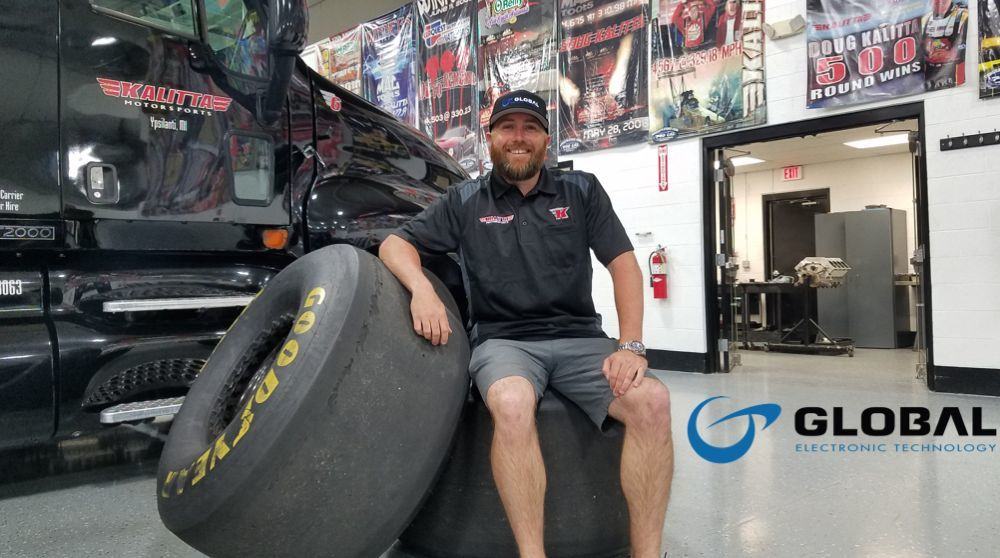 Last week I passed along the news that Shawn Langdon was moving to Kalitta Motorsports to drive a third Top Fuel entry effective immediately. The move from Don Schumacher Racing to Kalitta was prompted by a lack of sponsor support for his DSR effort. Langdon had yet to make a start in 2017.

This is the third team in as many years for Langdon. He started the 2015 season with Alan Johnson Racing even though the team lost funding just before the start of the year. A replacement sponsor was never found and the team shut down just before the start of the championship Countdown. Langdon was loaned to Don Schumacher racing because that team had just parted ways with Spencer Massey and Langdon was Countdown eligible.

Langdon had the unusual distinction that season of winning both the season opening and season ending races at Pomona with two different teams, AJR in spring and DSR in fall. In spite of the challenging circumstances he faced that year—a last minute loss of sponsor money, a constant hunt to find another backer, continual uncertainty about team status and if they would be racing, and ultimately a move to a whole different team and crew in the middle of a season—Langdon won twice and finished 6th in points.

Because AJR never did make it back on track,  the temporary loan to DSR became permanent for 2016. During his time at DSR, Langdon added three more wins and finished 5th in points while qualifying for the Countdown for the eighth consecutive year.

Going further back, this is a driver that won the Top Fuel championship in 2013. He’s won at least one race every season since his first career victory in 2012 and won seven times during his championship season. He also won two Super Comp championships in the Lucas Oil Drag Racing Series and during his formative years, was a Jr. Dragster champion twice.

So the million dollar question I have is this: why does it suddenly seem so difficult to find a sponsor willing to back this guy in order to keep him in a car? He’s a proven winner and a proven champion.

Kalitta Motorsports was able to find that backer in Global Electronic Technology, Langdon’s new sponsor for 2017. It appears that everyone else’s loss is about to be Kalitta’s gain.

* Toyota has signed an extension of their agreement with NHRA to be the title-rights sponsor for the fall event at The Strip at Las Vegas Motor Speedway. The NHRA Toyota Nationals are the fifth race of NHRA’s six-race Countdown to the Championship and will be held Oct. 26-29.

* Alex Laughlin will return to the Pro Stock ranks this weekend in Houston in his Gas Monkey Energy Drink Chevrolet. Laughlin sat out the first few events while his family-owned team looked for additional financial support for 2017.

During the hiatus, Laughlin’s team also formed a new partnership with Elite Performance. “I’m excited to be teammates with Erica Enders, Jeg Coughlin, Jr., and Vincent Nobile. Those are three drivers I really admire,” said Laughlin. “Elite doesn’t play favorites. They give all of us the best engines they can make and turn us loose to drag race. That’s how it should be. We already tested with them and the car was a beast.”

Laughlin also offered fans coming to the race at Houston extra incentive to show some support for his team. He has offered a tour of his pit to anyone wearing a Gas Monkey Energy Drink t-shirt at the races. Shirts can be found at participating Advance Auto Parts stores.

So what does new-to-the-J&A Pro Mod Series driver Stevie “Fast” Jackson do to keep his skill sharp when there isn’t an NHRA Pro Mod race on his calendar? He goes out and sets records. Jackson took to the track in The Shadow, his drag radial car, owned by DSR crew chief Phil Shuler, in Darlington last weekend and won the Radial vs. the World class at the inaugural Woostock event with a 3.71 second 1/8th mile run. Combined with Barry Mitchell’s 3.88 second try in the other lane, it was the fastest side-by-side drag radial run in history. To put it in perspective, Jackson ran 1/8 of a mile in less time than it most likely took you to read this. He’s in the gray Camaro in the far lane.

Correction: Alan Johnson Racing has not “shut down”. AJR is actively seeking marketing partnerships, and plans to have a team or teams back on the NHRA circuit in 2018.