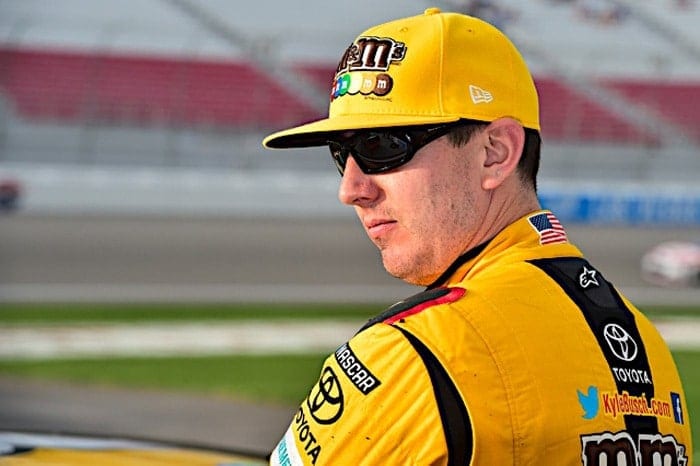 The Monster Energy NASCAR Cup Series returns to action this Sunday following a week off. Drivers hit the track on Friday at Bristol Motor Speedway in preparations for Sunday’s Food City 500.

Practice was due to start at 11:30AM, but was delayed due to rain. Rain also caused series qualifying to be cancelled, resulting in the field being set by points. Kyle Larson will once again start on the pole.

The strategy for short-tracks is much different than any other type of racetrack. A smaller track means more laps, which means that you want to find drivers who will run up front and lead those laps. It is tough to pass at Bristol, so unless there is a great value play for a driver starting towards the back, it is crucial to pinpoint drivers starting towards the front.

Here are the two drivers that are must-starts for Sunday’s DraftKings contests.

Kyle Busch has five career MENCS wins at Bristol Motor Speedway. He has dominated the track throughout his career, but has struggled to finish the job the past few years.

In both races in 2016, Busch set career lows in finishing position. In the spring, he started fifth and finished 38th following a wreck just past the halfway point of the race. That wreck ended his day. At the time, he was running in the top-10.

In the fall, Busch stole the show for the first three quarters of the race. He started third and led 256 laps, before yet again wrecking on lap 357.

Through seven races in 2017, Busch has been the lone Joe Gibbs Racing Toyota to consistently race up front. He has run well the past four races, finishing in the top-5 twice. He has led laps in four races, including leading the most laps in a second place bid at Martinsville. He is averaging a 14.9 place finish so far.

Kyle was second fastest in Friday’s practice behind Erik Jones. He was also second fastest in 10 lap consecutive average. His price is steep, but his Bristol resume backs it up. Kyle Busch is long overdue for his first trip to victory lane this season.

Sunday’s Food City 500 will mark Erik Jones’ first Monster Energy NASCAR Cup Series start at Bristol. Even though this is his first run with the premier series, Jones has had success in the XFINITY Series.

Jones won the spring XFINITY Series race here last season. In his four starts at Bristol, he has finishes of 8th, 4th, 1st, and 33rd. In that 33rd place finish, he was involved in a multi-car wreck while running in the top-10 with 50 laps to go. Jones had led 31 laps up to that point.

In 2017, Jones has top-15 finishes in five out of the seven races, including a 12th place at Martinsville.

Jones’ salary of $7,800 is an incredible value considering how well he has been running so far this season. The fact that he was the fastest car on track during practice only solidifies his value when it comes to setting your DraftKings lineup.