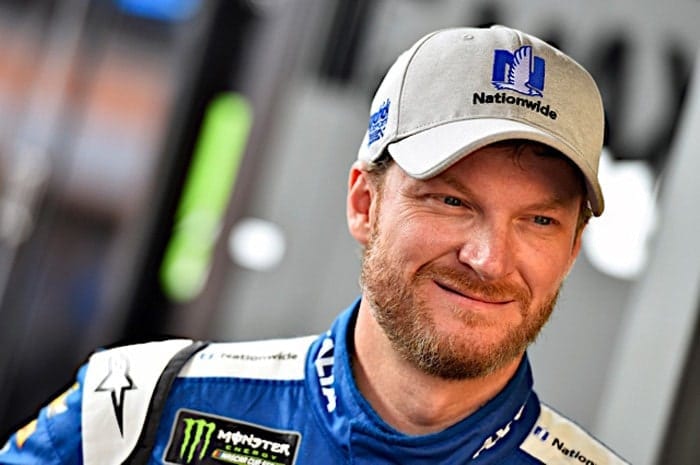 Before halfway way in Monday’s rain-postponed Food City 500 at Bristol Motor Speedway, the day was done for Dale Earnhardt Jr.

Pounding the wall on a lap 218 restart, Earnhardt suffered an oil system issue in his No. 88 Chevrolet. The malfunction came on a day where Earnhardt was struggling from the start.

“We broke something in the oil system under caution,” Earnhardt said. “The guys said there was some oil in our pit stall after our pit stop. I noticed while I was getting lined up for the restart, I was smoking.”

Staying out to restart the race, the risk bit just moments later, as the damage was severe enough to bring him behind the wall and out of the race in the 38th position.

“Went into Turn 1 on the restart and the car went straight into the wall with the oil all over the tires,” he said. “That’s going to be the finish for us. That’s unfortunate. We weren’t running that great but we were working on our car and figuring out how to run better.”

2017 has been a rough season for the driver returning to full-time Monster Energy NASCAR Cup Series competition after a concussion took him out of his seat last July. Through seven races, Earnhardt has finished 30th or worse three times.

Though he captured a top-five finish last time out at Texas Motor Speedway, bad luck hit the most popular driver, who came into Bristol 20th in driver points.

“We’re going to have another bad finish, we’ve had a lot of them this year,” he said. “It’s tough. It’s not like I’m feeling something I’m not familiar with, we did have good practices and I felt confident. Guys were beating me back to the gas and I had nowhere to run, really.”