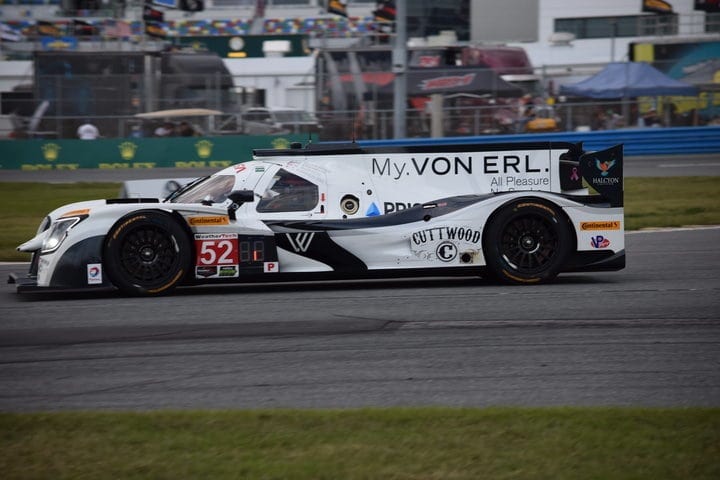 On Tuesday, PR1/Mathiasen Motorsports announced that full-time driver Tom Kimber-Smith will miss the Advance Auto Parts Sportscar Showdown on May 6 at Circuit of the Americas (COTA).  The reason?  Kimber-Smith’s mother is currently battling cancer and Kimber-Smith has chosen to sit out the race in order to stay with her in the United Kingdom.

“As all the drivers who have driven with PR1/Mathiasen Motorsports know, once you’re a part of our team, you’re family, and Tom is a big part of this family,” Oergel stated in a press release.  “It’s unfortunate that he will miss a round of the championship, but we know that family comes before racing, and we’re happy that he is able to take the time he needs to be with his family during this time.  Our thoughts and prayers are with Tom and his mother, and we are praying that she will be cancer free in the near future.”

Marco Bonanomi, who recently tested with the team at COTA, has been signed to drive the No. 52 Ligier JS P217-Gibson in his place.  Bonanomi will be joined by José Gutierrez, who returns to the No. 52 after missing Long Beach.

For Bonanomi, COTA will mark his Prototype debut in the IMSA WeatherTech SportsCar Championship.  He’s looking forward to it.

“I was very happy to receive the call from PR1 to drive at their test at COTA. It was my first time driving the Ligier, but I think the test was very positive,” Bonanomi said.  “We tested some set up changes for the race that I think will be very good. The track itself is very demanding on the car and tires, especially with the extreme temperatures that can be present. The first practices during race week will be very critical to get everything just right in terms of set up, but after the test, I think we should be pretty close.”

American race fans may not be familiar with the Italian racer, but Bonanomi comes with a significant amount of experience.  He has been under the Audi umbrella since 2010, racing everything from GT3 cars all the way up to the R18 e-tron quattro in the World Endurance Championship.  Bonanomi’s best finish at Le Mans was third overall in 2012.

In IMSA, Bonanomi has one career start.  That came in the Sahlen’s Six Hours of the Glen back in 2014 for Fall-Line Motorsports in a GTD-class Audi R8 LMS.  Bonanomi shared the No. 46 Audi with Charles Espenlaub and Charles Putman.  They finished tenth in class.