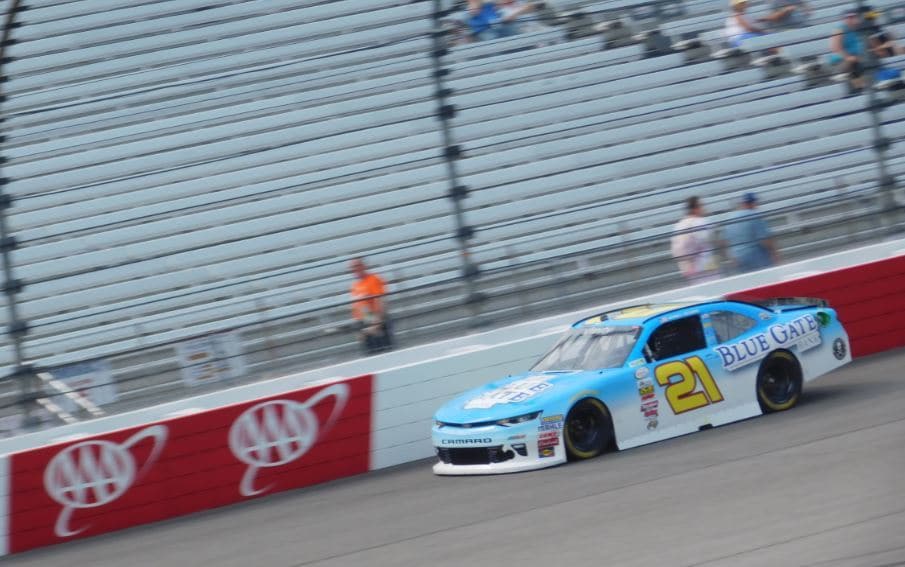 Qualifying has been the strong suit for Daniel Hemric in 2017, his rookie season in the XFINITY Series. After starting in the top 10 for six of the seven events this season, the No. 21 team scored its first career pole on Saturday, in preparation for the Toyota Care 250 at Richmond International Raceway.

Hemric laid down the quickest lap in the opening round qualifying. In the second round he fell to seventh, but in the final round the North Carolina native went to the top of the scoring pylon at 117.981 mph. Winning the pole marks the first time in his NASCAR career, including the Camping world Truck Series that Hemric will lead the field to the green flag.

“We just tried to execute all three rounds,” Hemric said after his pole run. “I thought we ran to hard in the first round, using too much tires, so we ran two-tenths slower in the second round. I though ‘oh man I did it again, overstepped it from round to round.’ But Danny Stockman made a huge change, not only to keep up with the track, but to step over it for the third round. We’ve had a really solid effort every time we’ve been able to qualify.”

Having to make two runs to get into the second round of qualifying, Kyle Benjamin kept moving up the board, and will begin the 250-lap race from the outside of the front row (117.888 mph). The driver of the No. 20 car is making his first career start in the XFINITY Series and was fastest in final practice on Friday.

“That was cool to go out and do that, for sure,” Benjamin said of his second-place qualifying effort. “I had confidence that we could do it. I got to meet the team last week, they are all behind me 100 percent.”

The No. 20 car has won the last two XFINITY Series races with Erik Jones at Texas and Bristol Motor Speedway. Currently, the team sits second in owner points, 43 markers behind Team Penske’s No. 22 Mustang.

Hemric’s teammate, Brandon Jones struggled in qualifying and will begin the race in 24th. Jeremy Clements and Spencer Gallagher are two other XFINITY Series regulars that struggled to put down a quick hot lap, lining up 32nd and 33rd.

Jeff Green is the only former Richmond winner in the field, starting 25th. Morgan Shepherd and Tommy Joe Martins are the two drivers that failed to qualify.