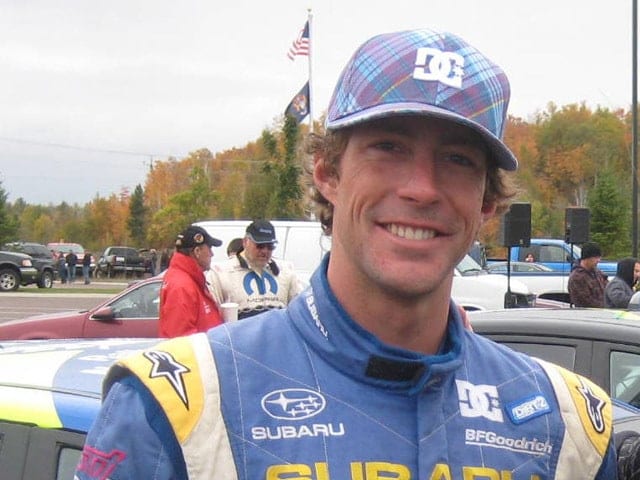 Travis Pastrana, a former X Games gold medalist and star of the Nitro Circus tour, is returning to NASCAR.

The action sports legend will trade in his BMX handlebars for the steering wheel in the NASCAR Camping World Truck Series. Pastrana will drive Niece Motorsports’ No. 45 Chevrolet Silverado, taking over at Las Vegas Motor Speedway on Sept. 30. The deal, announced in a Monday press release, will be his first NASCAR action in two years.

“I love NASCAR, and Las Vegas is always a good time,” Pastrana said. “I’m really looking forward to racing there later this season.”

The veteran has tried his hand at stock cars before. Pastrana made 42 starts in the XFINITY Series between 2012 and ’13, making one start in the Truck Series during that span. At one point, he ran the full season for Roush Fenway Racing in 2013, amassing four top 10s and one pole award en route to a 14th-place finish in the final standings.

The Annapolis, Md. native returned to the Truck Series for a one-race stint at Las Vegas in 2015. He finished 16th while driving for now-defunct NTS Motorsports and their No. 31 team.

Niece Motorsports is owned by Marine Corps veteran Mike Niece. Brand new to the Truck Series, they’re slated to run a part-time season in 2017. To date, the team has attempted all three CWTS events with driver T.J. Bell.

“We are thrilled to have Travis behind the wheel this season,” Niece said. “He’s extremely passionate about NASCAR and committed to working with us to have the best run possible in Las Vegas.”

Pastrana will climb into the No. 45 Chevy for the first time on Tuesday, May 2 during a test session at Charlotte Motor Speedway.

“The seat time at Charlotte will be a huge help for me to get up to speed and for the team to get a solid base setup for when we show up to race later in the year,” he said. “I’ve actually worked with several of the people on this team in the past. It’s a fun group and we have a good rapport.”

The event will reunite Pastrana with his former RFR car chief Cody Efaw, who now serves as the crew chief for Niece.

As of now, the deal between Pastrana and Niece is for one race. However, the team announced it has plans to run full-time in 2018 and no driver has been named to the seat.