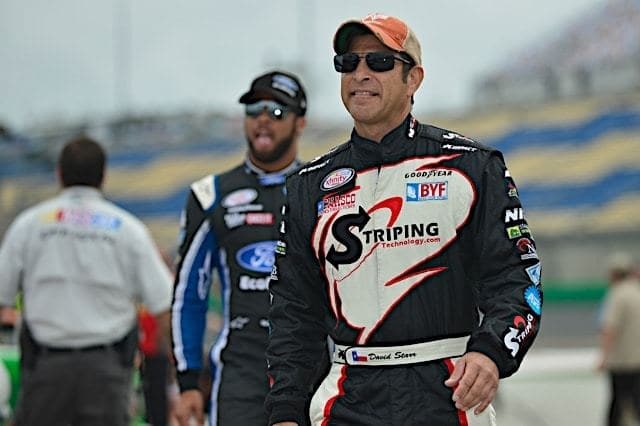 In a series like the NASCAR XFINITY Series where youthful up-and-comers often trump experience, David Starr is one champion of the latter.

Despite a recent surge of young talent coming through NASCAR’s No. 2 series, Starr is one of the most experienced drivers in the Saturday fields, with 105 XFINITY starts, 317 in the Camping World Truck Series and four in the Monster Energy NASCAR Cup Series.

That said, Father Time is undefeated, and Starr turns 50 this October, racing for SS-Green Light Racing with a 29.1 average finish through eight races in 2017.

“It’s a known fact that we are not one of the powerhouse teams,” Starr said. “We’re under budget big time. We’re just trying to make sure we can make it to each race, prepare the car the best we can.”

Despite 10 full-time seasons and four victories in the Truck Series, the Texan negated any talks of him not having a blast every weekend.

Having grabbed a season-best 17th-place finish in Saturday’s ToyotaCare 250 at Richmond International Raceway, Starr said his passion is hotter than it’s ever been in his racing career.

“As long as I’m physically able and still have that drive — that passion still burns hot inside me,” he said. “Even though I am older, it doesn’t slow me down. The desire and passion to do good every week, it seems like it burns hotter now that it has it in the past.”

Retirement has been a popular topic as of late, with a few of NASCAR’s top drivers leaving the sport since last year. Though it’s become more and more expected in older drivers, Starr hasn’t put any thought into joining the trend.

“I’ve never thought about it,” he said. “This is what I do and I love it. It never ever crossed my mind.”

Sponsors are needed for a driver to have a prolonged racing career. One company who has helped Starr continue is Whataburger, which jumped on board his No. 99 as sponsor for 2017.

“It’s big,” he said. “We just add it all together in a pile and that’s all we have. It means a whole lot. We try to go above and beyond even away from the track and give them value.