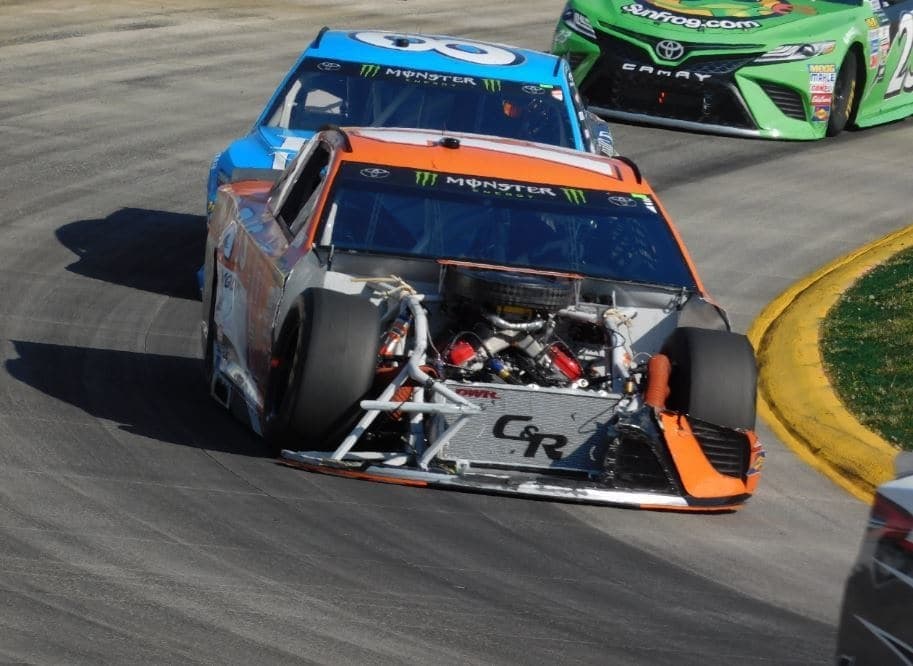 Did You Notice? … The difference a year makes for Joe Gibbs Racing? This time last year, JGR had won five of nine races and had all four drivers firmly within playoff position.

This time around? The organization is 0-for-9. Of its four-driver team, only Kyle Busch and Denny Hamlin are in playoff position. Matt Kenseth hadn’t even led a lap until Sunday while rookie Daniel Suarez doesn’t have a top-five finish.

Each team seems to be suffering through a different problem. Suarez has become easy to diagnose; he wasn’t even supposed to be racing in Cup this year. Crew chief Dave Rogers took a leave of absence and the No. 19 group as a whole is still recovering from Carl Edwards’ sudden retirement. Unlike Erik Jones, who was ready for Cup with Furniture Row Racing, Suarez seems to need another year of seasoning.

Kenseth has fought back retirement rumors, still without a contract past 2017. New sponsor Circle K, backing the No. 20 for a handful of races at one point was confused for a “Farewell Tour.” The 45-year-old has an aging relationship with crew chief Jason Ratcliff and has been haunted by bad luck. It started with a last-place Daytona finish, victim of the first big wreck and lasted straight through Sunday’s flat tire at Richmond.

Busch has seen a old flareup of the temper that kept him from titles in the past. A rivalry with Joey Logano has heated up, punches turning to mental games. Sunday’s commitment line violation may have been a misinterpretation of the rule (Read: Balls and strikes) but it didn’t help Logano snookered Busch with a last-minute dash to pit road.

Busch has been bitter elsewhere, too, complaining about everything from Goodyear tires to poor-handling race cars. Typically, wins in lower series are what’s needed to boost his spirits but Busch hasn’t won in XFINITY or Trucks since Atlanta. The wins will come, along with the speed but it’s the frustration he may need a refresher course on shaking off.

As for Hamlin, it’s been a case of missed opportunities. His worst runs have come at some of his best tracks (Martinsville, Texas). A multi-year extension with JGR and sponsor FedEx keeps him out of the Silly Season rumors; you would think such stability would have righted the No. 11. Perhaps a third at Richmond will be the perfect medicine.

Did You Notice? … How well contraction has served a pair of legendary teams? Roush Fenway Racing has dropped to two cars for the first year since 1995. To call that a downhill slide for Jack Roush, once limited by NASCAR because of his expansion to a five-car powerhouse feels like an understatement.

But what was supposed to be a signal towards extinction has turned into one of the best RFR decisions made this decade. Both drivers remaining, Ricky Stenhouse Jr. and Trevor Bayne, are in playoff position and have average finishes over four positions better than last year. Stenhouse, fourth at Richmond is suddenly showing the type of mental fortitude and focus he needs. Bayne, once known as a one-hit wonder has been taking steps forward at every type of track.

It turns out the move, done to improve the team’s financial position, has also consolidated youth and chemistry. Perhaps RFR still has a chance to make an impact in this sport after all?

The same goes for tiny Richard Petty Motorsports, down to just a single-car program with Aric Almirola. The team endured a miserable 2016 paired with Brian Scott, a driver who brought family money but not results. Once Scott retired, the No. 44 folded and RPM decided to pool its resources and go it alone with Almirola.

Narrowing the focus has paid dividends early, paying off for a team that still could win a race at a track like Talladega or even a Bristol. Almirola has two top-10 finishes, double what he earned all last year and sits a solid 19th in the point standings (+7 from 2016).

It just goes to show you that sometimes in this sport, it’s still easier to pool what resources you have instead of diluting them into a middle-class, multi-car team.

Tom, do you realize your headline refers to a horse racing term? That would be OK if you used it properly. The quarter pole indicates that there is a quarter-mile to go in the race. So, NASCAR won’t reach the quarter pole until there are 9 races left in the season. See you in September.

If you didn’t like the racing at Richmond Sunday, I’ve got nothing for you. I hope that race will show how good Richmond is and we’ll see better attendance in September. I don’t buy the weather either as driving fans away. I’d love to be in 90s heat at a NASCAR race right now. Goodyear has a really good tire right now at Richmond. I remember 2014, the spring race was a barn burner, but there were some tire issues late in runs. They Goodyear came back in the fall with a rock hard tire and the race sucked.

Balls and strikes? A ball 4 inches outside called a strike is a judgment call. A tire outside the commitment limit would be called for a penalty.

“Suarez seems to need another year of seasoning.

But DANNY is the great Mexican hope in the hear and now! Do believe he and the greedy Gibbs had something to do with Carl say Adios and this clown getting a seat. Arris sucks by the way, I know because the lame equipment given to me by my cable company tells me so!