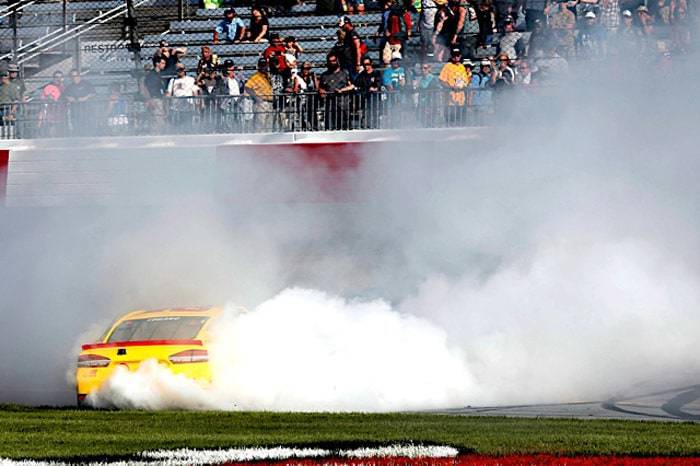 The Monster Energy NASCAR Cup Series hit the Richmond International Raceway for another round of short track action this weekend. Rarely can a race be summed up in one or two words, but if we were to try, penalty-fest would be a top prospect. Between speeding on pit road and running over the commitment cone… er commitment box… or is it a square?

Whatever you call it, there were a few drivers who probably had a few choice words to describe the small square near the entrance to pit road. Throw in a loose lugnut or two and you’ve got a recipe for a few more penalties and dozens of headaches. As Kyle Busch referred to it, the “balls and strikes” seemed to lean heavily toward strikes on Sunday afternoon. However, Joey Logano made no such mistakes. He even managed to avoid running over the orange thing en route to his first win of the 2017 season.

As for the newest Power Rankings, our contributors looked to compile their lists penalty-free. Now, no one is saying that they don’t have a few lugnuts loose. But those have nothing to do with wheels on a car. So, how did they do? Did we manage to put together a flawless list in accordance with the fans’ rules and regulations? Or will we be sent to the penalty box for rankings detrimental to the sport? You get to play the role of official today. Hopefully, we won’t need to exercise our right to appeal.