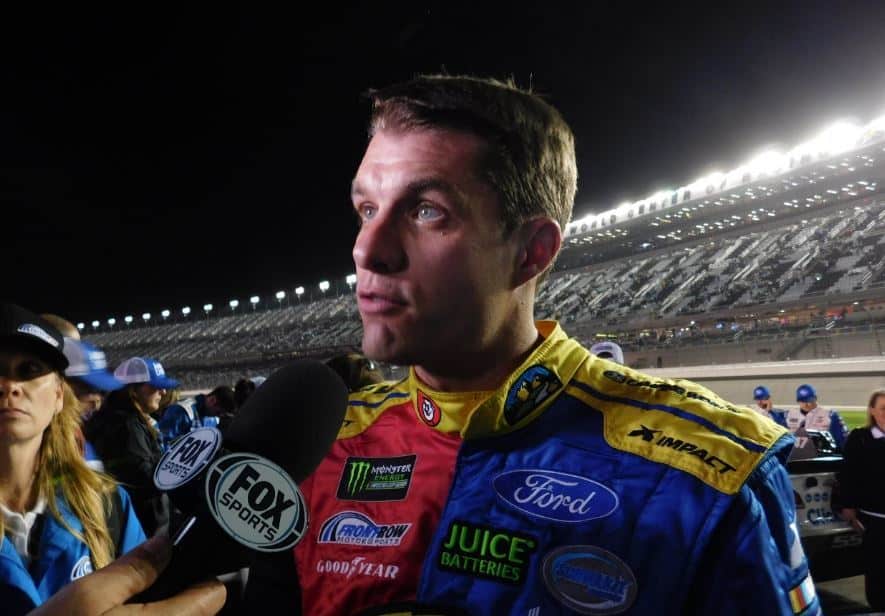 The Monster Energy NASCAR Cup Series had a few surprises Saturday afternoon at Talladega Superspeedway in preparation for Sunday’s GEICO 500. Ricky Stenhouse Jr. won the Coors Light Pole Award, beating out Dale Earnhardt Jr. Earnhardt will start on the outside front row for the first time in his career racing the track.

The DraftKings strategy for restrictor plate races is much different than that at the more conventional race tracks. Where the ovals are bigger, there aren’t as many laps in the race. Finding dominators for your lineup is not going to make or break your weekend.

Instead, focus your efforts on finding those who have high potential for positive position differential. At Talladega, cars fluctuate position from the drop of the green to when the checkers fly. If you can add a driver to your lineup that starts towards the back of the pack, then works their way through the field, their totals will far outweigh those who start and finish up front.

Here are two drivers that are must-starts for Sunday’s DraftKings contests.

Johnson’s poor qualifying effort for Sunday has made him the first must-have. If he manages to pick up a top-10 finish, then he will score a minimum of 20 position differential points. With top-10 qualifying efforts from Earnhardt and Chase Elliott, we know that Hendrick Motorsports has the power to run up front in the draft.

Johnson has run well the past three weeks. He finished 11th last weekend at Richmond after scoring back-to-back victories the prior two weeks. Those triumphs at Texas and Bristol have the seven-time champ sitting eighth in Cup Series points and locked into the playoffs.

Johnson has finished clean in the past nine Talladega races, avoiding the big wrecks. He finished second in the fall 2015 race and has two career wins here.

Bottom line, he will be plugging through the field from the 15th row. That gives him an incredibly high ceiling for his price.

The beautiful thing about Talladega is that anyone has a chance at winning. No driver knows that better than Ragan, who picked up his second career victory here back in 2013. He was racing for Front Row Motorsports at the time, the same team he signed on with for this season.

His first career win came at Daytona, another restrictor plate track. Ragan knows how to work the draft and keep his nose clean, two attributes you need for consistent success here. There is no reason to expect anything different from him on Sunday.

In the only other plate race this season, the Daytona 500, Ragan ran as high as fourth place. He was hanging around the top 15 until ultimately falling back to 25th during the late-race shuffle.

Ragan is incredibly cheap and is also starting in the 15th row. So, much like Johnson, he has high potential for position differential points. Every lineup needs a bottom-end driver, and there is no better value than Ragan. 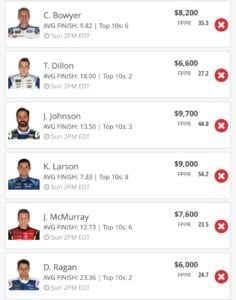