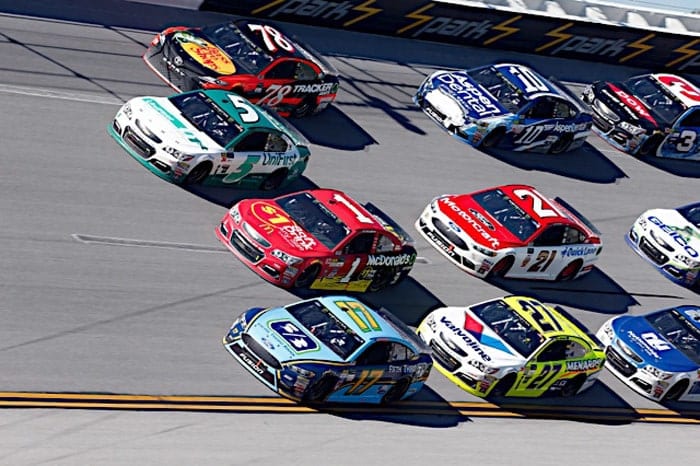 Ricky Stenhouse Jr. grabbed his first career victory in the GEICO 500 at Talladega Superspeedway. It only came after years of struggling for Stenhouse and Roush Fenway Racing.

Since his rookie season in 2013, there have been only 10 career top-five finishes and only 22 top 10s, or about 15 percent of his races. RFR as a whole hadn’t won since Carl Edwards left the team after the 2014 season, scoring thirteen top-five results prior to Stenhouse’s Talladega win.

Matt Kenseth, Edwards and Greg Biffle each left Roush in the past five years, and the team downsized from four cars in 2011 to two cars this year, a huge hit to a once-great organization. Sponsorship was a big factor in the team’s downsizing. 3M, Best Buy, Crown Royal, UPS, and Aflac, among others, have left the team in recent years. Due to this sponsor exodus, Roush has had to self-finance many races. In 2016, half of Greg Biffle’s events were backed by Ford or Roush. It was likely a big factor in terms of why they elected to downsize and cut the No. 16 team after Biffle left the program.

With a drop in sponsorship money, the team couldn’t afford as many resources to get faster week in, week out. However, Roush’s downsizing has helped their performance; a contraction to two cars has led to a far better management of resources.

Even before the win, though, Stenhouse seemed to be finding his legs. He had scored two top-five finishes and four top 10s through nine races before and sat 15th in Cup Series points.

His teammate Trevor Bayne, however, has not had any such luck. He has only two top-five finishes and eight top 10s in 82 races since joining Roush full-time in 2015. Bayne has a lot of work to do to become a Cup Series contender, and might be in position to follow in Stenhouse’s footsteps, if he’s able to keep up his decent performances.

The significance of Stenhouse’s breakthrough victory cannot be understated. The win doesn’t just mean a playoff berth, but also a chance to show their competitors and potential sponsors that they’re not going to roll over, and that, despite their struggles, Roush Fenway Racing is not going away anytime soon. However, Stenhouse and the whole Roush Fenway Racing organization will have to keep up their hard work in order to be able to contend for the championship come September, when the playoffs begin.  Stenhouse’s win would put Roush in front of sponsors for the first time in a long time. All of this means a win, a playoff berth, and exposure to sponsors are very welcome to the struggling organization.

One plate race does not make. The make up of this Roush team is very weak, imo. They have a long road to travel…..

The win would have meant a lot more on the grand scheme of things as to what it said about Roush and Sticky if it had been a track other than an RP track. Not the first time a driver that usually finishes in the back half of the field has won at Daytona or Talladega. Not trying to take anything away from them but let’s see how things play out the rest of the season before we talk about the Roush resurgence and being contenders again. The reality is we have our first chase driver that is a favorite to be eliminated in the first round. Prove me wrong Sticky.

It’s a big early note in the season that both RCR and Roush have found victory lane this season, snapping long winless streaks. With the success of Ganassi, it makes for an interesting playoff match up.