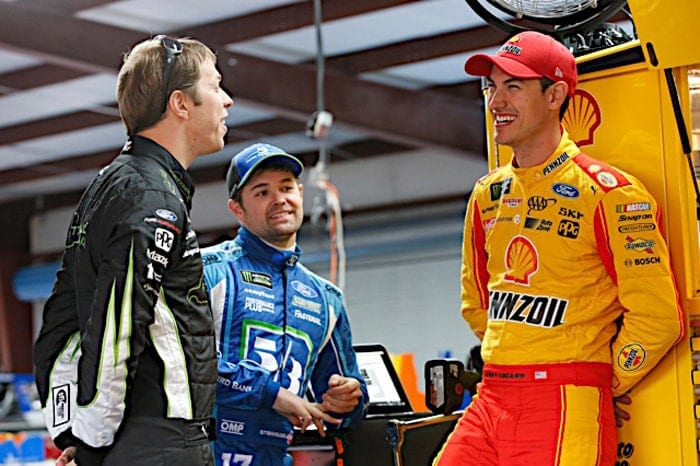 Did You Notice? … Team Penske’s final appeal was denied for Brad Keselowski? After finishing fifth at Phoenix in March, the car failed post-race inspection for having too much skew in the rear suspension. The violation, which NASCAR claimed could improve the car’s handling, led to a $65,000 fine, a three-race suspension for crew chief Paul Wolfe and a loss of 35 driver and owner points.

The verdict comes just days after Joey Logano found himself the epicenter of a rear suspension post-race violation at Richmond. His win was labeled encumbered, which won’t count toward him making the playoffs while the team lost crew chief Todd Gordon for two races along with 25 driver and owner points.

Penske, in that case, chose not to appeal and you have to wonder how much the team is testing its limits. The cars have been head and shoulders above the competition this season and will have no problem making the season-ending playoff chase. So why not turn the next five months into a test of how far they push the gray area? The first time you get caught cheating won’t knock you out of the playoffs so there’s a little bit of leeway here.

It’s why I feel the sport should be tougher than it already is on offenders. 25 points for an encumbered win? How about 100. That would knock Logano toward the playoff bubble and make a potential violation much more meaningful. Or how about an encumbered victory keeping you from using wins to make the playoffs for the rest of the regular season? At the very least, you should be subject to more post-race inspections going forward.

I make this point because Penske was caught not once, but twice. There’s a risk here of allowing these teams to cloud the legitimacy of race wins while maximizing advantages over the competition. We saw what happened during the peak of the Jimmie Johnson-Chad Knaus era where multiple violations cast a cloud over otherwise impressive performances.

It’s also why I hate the lack of specific information from these appeals. We just hear “confirmed” or “denied” without a written judgment defending their decision. Knowing just how bad the penalty was in the eye of officials would go a long way to helping fans understand violations.

Did You Notice? … There’s few veteran drivers left racing the series without a Monster Energy NASCAR Cup Series win? Ricky Stenhouse Jr.’s Talladega victory ended a drought in his 158th career start. That leaves girlfriend Danica Patrick as the most notable full-timer in the sport who’s yet to cash in.

Sorenson may have the most experience but has raced for mostly underfunded teams the past several years. His chances of a breakthrough are zilch outside of Daytona and Talladega. As for Cassill? Same boat. He had a valiant run at Bristol last year but Front Row Motorsports isn’t a top-tier contender. Ditto for Michael McDowell with Leavine Family Racing.

The pressure then falls to Patrick as she’s still seeking sponsorship and her place in the sport beyond 2017. Can the No. 10 team get it together in the way Stenhouse and Roush Fenway Racing turned it up a notch this year?

As a side note, look how high Dillon has risen on this list. Sure, he proved a lot making the playoffs last year but the No. 3 team has still failed to get over the hump.

Did you notice Tommy, when the POTENTIAL PENALTIES for Toyota’s were racking up last year, (and they were numerous) and POOF..much ado about nutin? Nothing to see here, move along…….