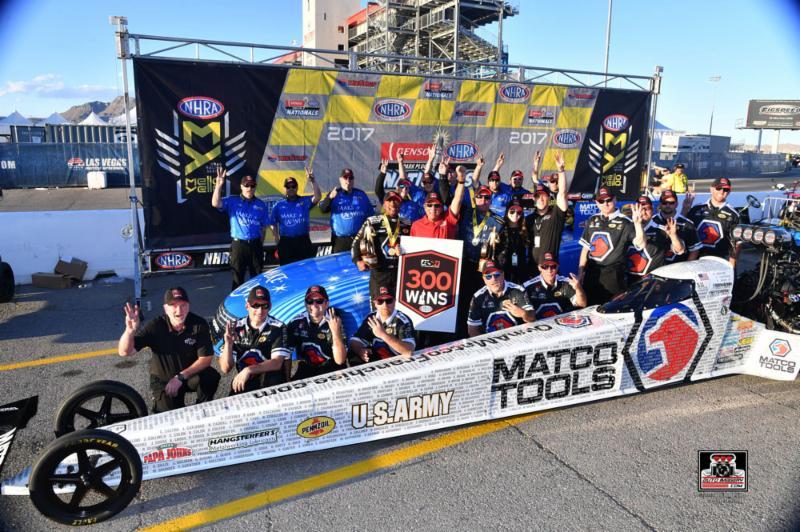 In Pro Stock last year, NHRA superpowers emerged in KB Racing. Over in Pro Stock Motorcycle, it’s been the Vance & Hines Harley-Davidson team since the earth cooled — or so it seems. In Nitro, success has been reserved for mostly Don Schumacher Racing with a little John Force Racing thrown in for good measure.

It’s also not peculiar to NHRA drag racing. You could build a similar list for NASCAR or IndyCar or Formula 1. One team hits on the right combination. Or maybe, one team just has so much more funding than everyone else that they can afford better equipment and more personnel. Maybe a team just happens to find that one driver, that special driver, who is just magical behind the wheel. It could be a combination of a couple of those things.

Sometimes, it lasts a year or two and sometimes, it goes on seemingly forever. Fans can feel like there is no way out, that no one else can ever hope to win, that the deck is so stacked against everyone else and nothing will ever fix it.

At least they feel that way up until the day the chink in the armor shows up. That day always comes around, sooner or later. Sometimes everyone recognizes it; other times, no one sees it until they look back later. The day can seem to arrive but become just a momentary anomaly.

So after a season in which KB utterly decimated the Pro Stock field, mostly because they figured out the new EFI before everyone else, it seemed it would just be that way forever in the class. But this year has been a different story, the opposite of domination: parity. We have six winners in seven races so far.

Yeah, OK, three of those six drivers drive for KB, but it still has not been total domination this year. The chinks started showing there late last season when other teams appeared to be catching up.

As for the bikes, it’s a little early to call it yet, but one does have to think about parity, too. The champion last year was not a Harley rider, but instead Jerry Savoie. Three races into this season and it’s Harley one, Suzuki two. Eddie Krawiec opened the Pro Stock Motorcycle year with a win, but LE Tonglet, teammate to reigning champion Savoie, won the next two. Last weekend in Atlanta, Tonglet found himself lining up next to Savoie in the final with not a Harley in sight.

The big question about domination, though, is whether it’s good or bad for the sport in the end. Fan reaction to domination can be finicky. It’s a bit more finite when it’s shorter term, like the KB thing. I suspect even KB fans grew a bit tired of it by the midway point of last year. Fans don’t react well, particularly when the domination is so strong. You’d have to argue based on that assessment that it’s bad for the sport.

Yet that doesn’t always seem to be true the longer someone dominates. As time goes on, there will be fans who will flock to that dominant organization. It doesn’t take long to find someone who will complain about Don Schumacher Racing having a stranglehold on the Nitro categories but it would take even less time to find a flock of Ron Capps or Matt Hagan fans. Even for those who are not fans of the dominant organization, there is still an effect as it strengthens their support of perceived giant killers like Steve Torrence or Tim Wilkerson.

Whichever side of the debate you fall on, it would seem there was something for you over the last two races. Like to be on the dominant side? Capps and Bo Butner brought it home for you. Prefer the underdogs? Torrence, Chris McGaha and Tonglet should have made you happy.

So how important is reaction time? It’s the difference between hero and zero most days in NHRA drag racing. Just ask Tim Wilkerson. He ran faster than Ron Capps last week in Atlanta and yet Capps beat him by more than a car length because Wilkerson got left at the starting line. That race was over as soon as it began.