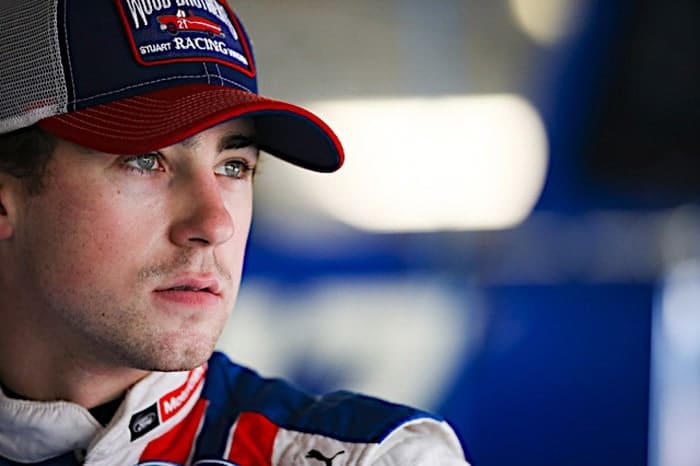 Martin Truex, Jr. didn’t think Kansas Speedway owed him one. Danica Patrick thinks Lady Luck owes her one, or two, or maybe more, but maybe not. Aric Almirola certainly knows now that he was pretty lucky, but just maybe the fact he didn’t suffer a catastrophic injury wasn’t all just because of luck. Nonetheless, the Cup Series gets a nice little stay in the Charlotte area for the next two weeks with the all-star race and the 600-miler coming up as they say so long to the land of Oz.

HOT
With the amount of laps that Martin Truex, Jr. has led in the past three seasons (that’s 2,912 laps led for those of you scoring at home), it’s hard to believe he has only nine career wins. It just seems like it should be 18 or 20. Truex had this Kansas race won last year, when a freak malfunction on a small screw on his wheel forced him to make an unscheduled pit stop late in the race. This year, he was on schedule to win throughout as he led a race high 104 laps Saturday. It was the third time this season that Truex has led more than 100 laps in a race. While it took a few laps for Truex’s car to come into full speed after pit stops on Saturday night, once it did . . . that was it. And yes, while Truex isn’t on my favorite driver list (for no particular reason), it does always feel good to see him in victory lane. He’s been through enough the last few years, and it’s great to see someone who’s been through hard times to experience some joy at the end of that yellow brick road.

NOT
NASCAR has been so good with safety improvement over the last 15 years, when a driver doesn’t hop out of the car after a horrific-looking crash, we all know it could be potentially serious. So, as we watched the safety crew carefully cut away the roof to extract Almirola out of the car after one of those horrific looking crashes Saturday night, and even with all reports saying he was conscious and talking with the workers, there was still a lot of reason for concern. The good news is at least he didn’t have any type of life threatening and apparently no long-term life altering physical injuries. When the biggest question after such a crash is when can he race again, that’s a real relief not only to his family and close friends, of course, but to everyone in the NASCAR community

HOT
Of course, with the playoff format, almost anybody who claims one of those coveted 16 playoff positions has a chance to win the whole thing. But if you’re looking for an early favorite, it would be really difficult to not put Brad Keselowski at the top of the list. Keselowski has finished seventh or better in nine of the 11 races this season, including two victories. What the No. 2 team did Saturday night was quite remarkable, coming from two laps down to finish second. Keselowski sits third in the points right now, but what really matters come playoff time are race wins, and now stage wins, too. It would be a surprise if he won less than five races this season and wasn’t in the final four at Homestead.

NOT
First, let’s give Danica Patrick a little break here. When she was asked about the accident that involved her, Joey Logano and Almirola, she was just answering a question while they were showing the replay. She was frustrated because she was finally having a decent run being in 12th at the time of the accident, only to have a freak thing cause it to go bad. She’s allowed to be frustrated about her situation. The fact she didn’t mention Almirola right away was not a huge issue as she did mention him later in the interview. There were some chirps on twitter saying she should have mentioned Almirola first. But give FOX credit for replaying her comments about Almirola in the post-race show. And when looking at her car, maybe Danica will feel pretty fortunate to walk away from that one, too. But back to the results here, Patrick has five finishes of 33rd or worse this season, with a season-best finish of 17th. So, yes, she’s allowed to be a little frustrated. What kind of competitor wouldn’t be?

HOT
While Ryan Blaney was a little frustrated because he didn’t get the win Saturday night, he’s certainly joined the category of “when” is he going to win rather than “if” he is going to win. Blaney, after leading 83 laps and winning the second stage Saturday, ended up fourth to break a string of three straight finishes of 33rd or worse. The driver of the No. 21 has finished well in several stages this season, putting him 11th in points standings. And during the post-race interview, if you had closed your eyes and just listened, you might have thought it was the Buckeye Bullet, (Ryan’s dad Dave) speaking. The point is, the maturity is there for Blaney now, and the wins won’t be far behind.

NOT
I’ve said it before and I’ll say it again, the fact that a Joe Gibbs Racing car hasn’t won yet this season is simply stunning. It was at this time last year when everyone was talking about how to catch up to the Gibbs cars. Kyle Busch may have said it the right way after the race Saturday night in stating that their cars simply don’t have the speed now. But before Gibbs fans get all out of sorts here, we’re talking about picking up hundredths of a second on a lap. That’s the difference between having winning cars and ones the battle for top 10 spots. It’s not as if all the Gibbs cars are getting lapped. Busch did finish fifth Saturday night and did win the first stage. But he and everyone else knows, it’s that final stage that means the most.

The Cup series has its All-Star race next Saturday night, then the 600-miler at Charlotte on the Sunday before Memorial Day. So, when it comes to the 600-miler, if you’re thinking endurance combined with a track they have always been good at, it’s pretty difficult to not pick Jimmie Johnson here. The deep sleeper underdog who you might not think about pick is Austin Dillon, who does have a top 10 finish in his last four races at Charlotte.

…No we will not give DP a break here. A Tale of Two temperaments, one good, one bad. And please don’t say she did not know what was going on…The whole Kansas Speedway community was abuzz with what was going on with Aric, I doubt the in care center suddenly became a monastery, sworn to silence!!!!!

She also ONLY mentioned Aric after Jamie Little mentioned it first…then it was her perfunctory “oh yeah, hope he is o.k.

It was noticed by all due to the startling contrast in interviews…..and people are correct in what they are saying. It was a mind blower, no way around it…although not really shocking, tis herself, ramped up times 10!

Danica shouldn’t be frustrated, she should be realistic. She’s had a top ride for how long now and has produced how little in results? Maybe the reality should sink in that she’s just not cut out for stock car racing and call it a day.