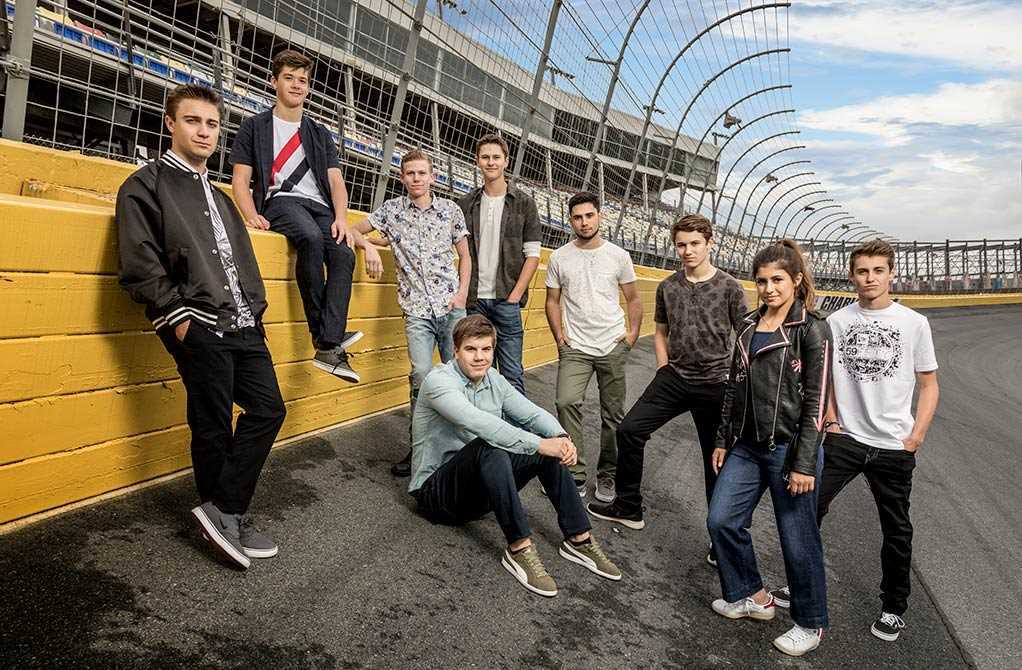 NASCAR announced the newest group of drivers Wednesday that comprise its NASCAR Next program. Now in its seventh year, the list of nine is designed to highlight young talent throughout the 2017-2018 racing seasons. By putting out their public resumes, the hope is they next get good money and sponsorship to move up the stock car ranks.

This newest group to join the program may be its most talented to date. This week, we learned more about these wheelmen and women as they fight to secure a full-time spot within the sport’s top three series.

Ty Majeski, widely considered the single best Super Late Model driver in the country led this year’s list. With ties to Roush Fenway Racing and a very deep resume in the Late Model ranks, the 22-year-old from Wisconsin has all the right pieces in place. He’ll make his debut in the NASCAR XFINITY Series this June at Iowa Speedway.

Harrison Burton may have a well-known last name, but his right foot does most of the talking. A competitor in the Super Late Model ranks, the son of former Cup star Jeff Burton is catching the eye of many race fans. Victorious during the World Series of Asphalt Racing at New Smyrna this past February, he’s also racked up marquee wins at Virginia’s South Boston Speedway and Bristol Motor Speedway. Look for Harrison as the year progresses; he’ll also be running a limited schedule with Kyle Busch Motorsports.

Next up was Todd Gilliland, who like Burton is also the son of a former NASCAR driver. David Gilliland’s famous win in XFINITY a decade ago propelled him to the Monster Energy NASCAR Cup Series. His son, now 17 already has 11 career victories in the sport’s K&N West division, basically the equivalent of single-A baseball.

Those exploits in the minors are easily an indication the goal of Cup is one day reachable. Earning the West championship at just 16 years of age last season means the future is wide open for this North Carolina native.

Cayden Lapcevich is only the third driver to be chosen to the NASCAR Next program from Canada. The second generation NASCAR Pinty’s Series competitor already owns a championship trophy from up north. Lapcevich, just 17 is yet to race this season but has hopes of a ride down south someday.

Hallie Deegan has a pretty famous father. It’s just not one you’d also expect in the world of asphalt stock car racing. The daughter of Brian Deegan, the famous freestyle motocross legend, she became the first woman to podium in a Lucas Oil Off Road Series event. Named Lucas Oil Off Road Driver of the Year in 2016, Hallie is quickly making a name for herself.

Riley Herbst, meanwhile owns a short but solid resume as a member of the Next program. With 14 starts in his rookie K&N Pro Series season, Herbst amassed seven top-five finishes and 10 top 10s. This year, he is competing full-time in the ARCA Racing Series for Joe Gibbs Racing while working towards the future. Will there be room in that inn someday?

Chase Purdy is a rookie in this year’s K&N Pro Series ranks. But his exploits at Greenville-Pickens Speedway in South Carolina, running the NASCAR Whelen All-American Series gave him that chance. Purdy was Rookie of the Year there in 2016 and hopes to duplicate it in K&N; he’s currently fourth in East Series points.

Zane Smith, a 25-year-old from California, made waves in 2015 as a relative unknown at the World Series of Asphalt Racing in New Smyrna Beach. It was there he took home the Super Late Model championship trophy, quickly creating a national profile. A runner-up finish to Cup Series regular Chase Elliott in the Snowball Derby, posted later that fall was a springboard straight into a NASCAR Next selection.

The success of this program is already evident looking at its alumni. 36 0f 46 drivers selected to the program have moved up into one of NASCAR’s top three series. 12 Next program drivers have also gone on to win a NASCAR National Series event. And with drivers like Kyle Larson, Chase Elliott, and Ryan Blaney among their ranks? We could even see a Cup championship within the next few years.

BOWLES: Judging The NASCAR Next Program