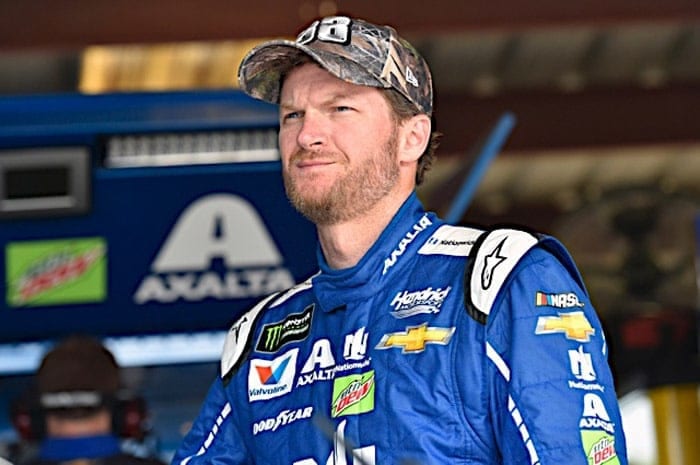 Joyce Julius & Associates revealed this week the veteran tops all NASCAR storylines this season. Earnhardt, retiring at the end of this season has had more stories written about him than anyone else in the sport.

Earnhardt’s wild popularity with NASCAR fans already makes him a hot topic. Add to that the veteran is racing after missing the second half of 2016 due to concussion symptoms. Next came the announcement in April that 2017 would be his last in the Monster Energy NASCAR Cup Series.

Earnhardt’s bombshell has by far been the biggest NASCAR news story of 2017.

“Announcers during the race telecasts this year [mention] Kyle Larson, Brad Keselowski, and Martin Truex Jr. most frequently,” Eric Wright of JJ&A said. “But Earnhardt’s popularity, and therefore his coverage, have always superseded [what happens] on the track. That is not to take away from his racing skills. Rather, to his credit, his personality and branding impact have always gone way beyond race outcomes.”

A major factor in Logano’s news coverage was becoming the first driver in MENCS history to earn an encumbered victory. After winning the April 30 race at Richmond International Raceway his No. 22 Ford failed post-race inspection. NASCAR allowed him to keep the win but it cannot be used to qualify for the sport’s ten-race playoff later this year.

Busch, Johnson, and Harvick remain three of the sport’s most recognizable names. All of them should be in the playoff mix with Johnson going for a record-breaking eighth NASCAR title this fall.