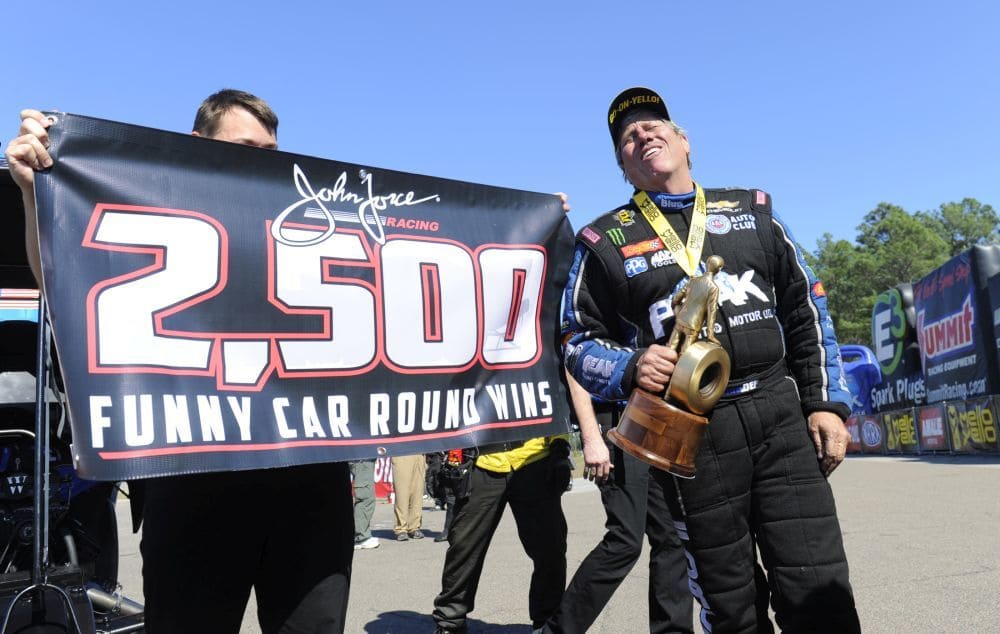 Hockey has the Stanley Cup. The Daytona 500 has the Harley J. Earl trophy. This being the month of May, there are a number of people pursuing IndyCar’s Borg-Warner trophy. The Kentucky Derby graces winners with a blanket of roses. The NHRA’s most prestigious race, the U.S. Nationals, sees the winner endowed with…a Wally. The Winternationals also sees winners get…a Wally. As do the Four-Wide Nationals, the Gatornationals, and every other race on the NHRA circuit.

Surely this great reward only goes to the pinnacle of drag racing, the pros of the Mello Yello Series, right? Well, no. Win in the sportsman ranks and you get…a Wally.

Surely competitors must be disappointed that it’s always just the same old trophy, right? Quite the opposite, actually. The little brass man on the wooden base who bears the name of NHRA founder Wally Parks is welcome everywhere. Some drivers spend their entire career hoping to get just one. Some drivers have entire rooms full of him. It makes no difference. There’s always room for one more little man. No one is ever disappointed to have a Wally put into their hand at the end of a race weekend.

Who has the most Wallys? Overall, that honor goes to John Force, who has 148 of them and would most certainly love to add another this weekend in Topeka. That takes care of Funny Car. In other classes, Tony Schumacher has the most in Top Fuel with 83. Warren Johnson holds top honors in Pro Stock with 97, but Greg Anderson is still out there trying to catch his old boss. He’s got 87 and will also be looking to draw a little closer to Johnson’s total in Topeka. Andrew Hines moved up to be the rider with the most little brass men in Pro Stock Motorcycle last season. His count stands at 47.

No doubt that Force, Schumacher, Anderson and Hines value each one of those trophies just as much as the driver who has just one. No doubt it makes no difference to them that they are all the same.

When Courtney Force scored the 100th win for female drivers in the NHRA Mello Yello professional classes, any idea what they gave her? A Wally. A special one, but a Wally nonetheless.

It’s not so much what the trophy is, but what it means that is important. They aren’t easy to win and when you get one, it’s a sign you’ve made it. It means you were the best on that day. Obviously the more of them you have, the more days you were the best. Perhaps seeing the same trophy over and over puts more emphasis on that last fact.

“The Wally trophies all mean a lot to me, every one that I’ve won over the years,” said John Force. “I just hope I can win some more. I think it means more because it’s not ‘just’ a trophy that you’d go to a trophy store and buy. It’s something that’s identified with NHRA Drag Racing. Most of mine are at the shop, but I always carry one with me on the bus. When I look at them, I know I’ve accomplished something in the sport.”

I have had this explained to me more than once and the only part of it I can always remember is that I don’t think I could ever remember everything I’d need to do to drive a Pro Stock car. These are absolutely not point and shoot machines. This video details what you would do just in the time after you’ve already lit the pre-stage bulb to the green light. How many steps was that?