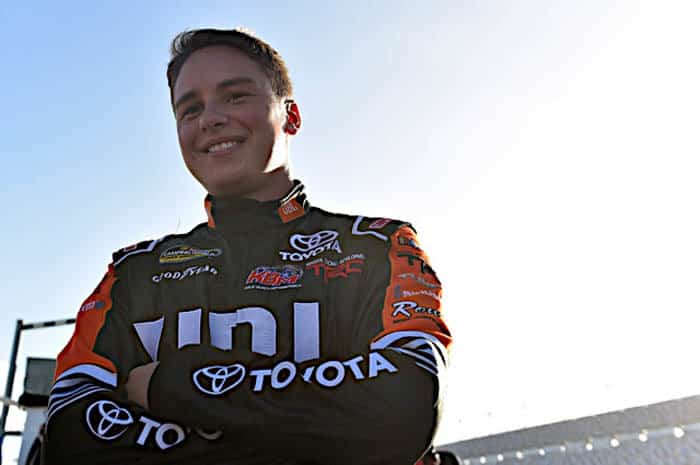 Bell, in his second full-time season at the Truck level, will be entering Friday night’s race just two points out of the series lead. He has never won a Truck race at Charlotte; however, he won the Truck race at Atlanta earlier this season on a track somewhat similar in size and shape.

Chase Briscoe will be starting second while points leader Johnny Sauter qualified third. Kyle Busch will be chasing his eighth win at Charlotte in this series, rolling off fourth while Ben Rhodes rounded out the top-five qualifiers.

There were no incidents of note in two rounds of qualifying. Briscoe was fastest in round one.

Cody Ware and Brandon Brown did not make it into the 32-truck field.