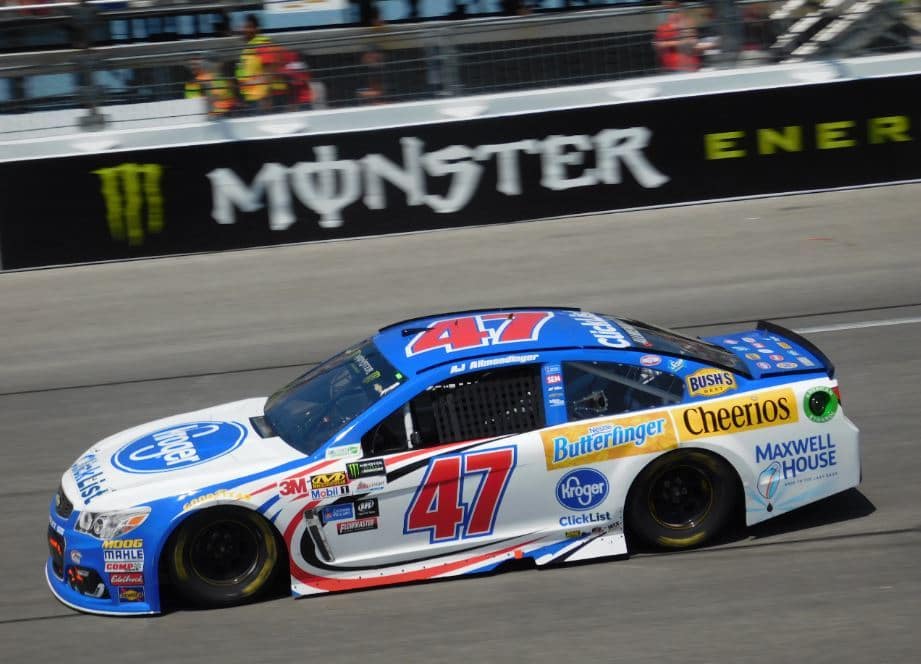 Veteran NASCAR crew chief Ernie Cope will take over the role for AJ Allmendinger, replacing Randall Burnett beginning this weekend during The Open at Charlotte Motor Speedway. Motorsport.com was first to report the news.

Cope has sat atop the pit box 41 times in the Cup Series, including four times this season. All of those have been for Allmendinger, including a fill-in at Martinsville Speedway among others for a suspended Burnett. At that race, he led Allmendinger to a sixth-place finish, only the team’s second top-10 result of 2017.

Cope also led the No. 47 car to a 16th-place finish at Pocono Raceway last June, also for Burnett in his only race he sat atop the pit box throughout the season. The 47-year-old will now take over full-time as the newly expanded two-car operation looks to turn their fortunes around.

Cope joined JTG Daugherty Racing in 2016 as the Competition Director. Throughout his career he has won 15 XFINITY Series races, including 12 with Kevin Harvick. In 2011, he and Elliott Sadler finished runner-up in the point standings to Ricky Stenhouse Jr.

Through 11 races this season Allmendinger sits 30th in the championship standings, 120 points behind the playoff bubble currently held by Trevor Bayne. The No. 47 car kicked off the season with a third-place effort at the Daytona 500, but was docked 35 points for failing post-race inspection. During the 500 the team was out front for two laps, the only ones Allmendinger has led this season.

JTG has seemed to struggle with a decision to expand this offseason. Rental Chris Buescher has been driving the No. 37 Chevy this season but has only limited success. Last year’s surprise Pocono winner has yet to record a top-10 finish with his new program and sits 26th in the season standings. The driver himself is only on loan for a season while permanent employer Roush Fenway Racing retools its program and works sponsorship to get back to three cars for 2018.