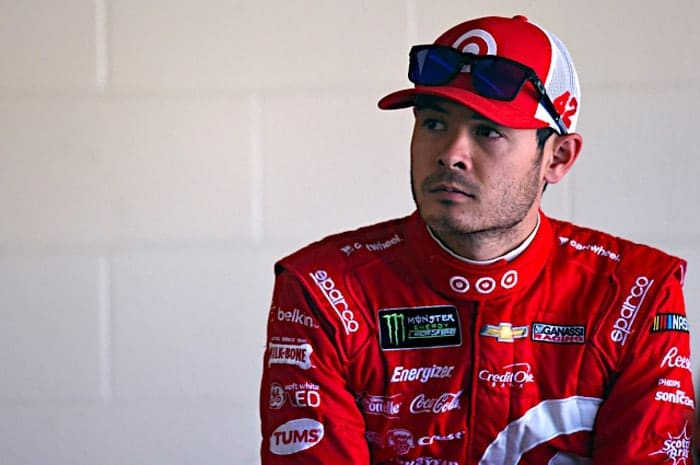 Kyle Larson, who went for a spin early on, rebounded to set the pace in the session with a lap speed of 189.274 mph, running the option tire at the time. It’s slower than the 192+ mph Carl Edwards posted in last year’s practice but those “special” tires were still much faster than their counterparts.

The faster tire comes with a price, though.  Teams who choose to use it in the final segment of tomorrow night’s All-Star event will start at the back of the 10-car pack for the final stage of the race. The extra speed also doesn’t last long.  Lap speeds dropped by upwards of five mph after just four or five laps.  So if anyone takes the option Saturday night, they’ll have to make their move quickly; otherwise, it probably won’t happen at all.

Teams also had a chance to practice entering pit road at speed in preparation for tonight’s qualifying session, which features a live pit stop.  It proved difficult for some teams, including those of Denny Hamlin and Kyle Busch.  Hamlin scraped the wall in the No. 11 in turn 4 after what looked to be a tire issue; Busch looped his car in turns 3 and 4 while trying to set up his pit entrance.

Others had a problem simply finding pit road. Jimmie Johnson came within inches of going for a ride through the frontstretch grass when he missed pit road entrance. Harvick, meanwhile locked up his brakes in the pits and blew a tire.  Several drivers had to abandon attempts to get onto pit road but were otherwise unscathed.