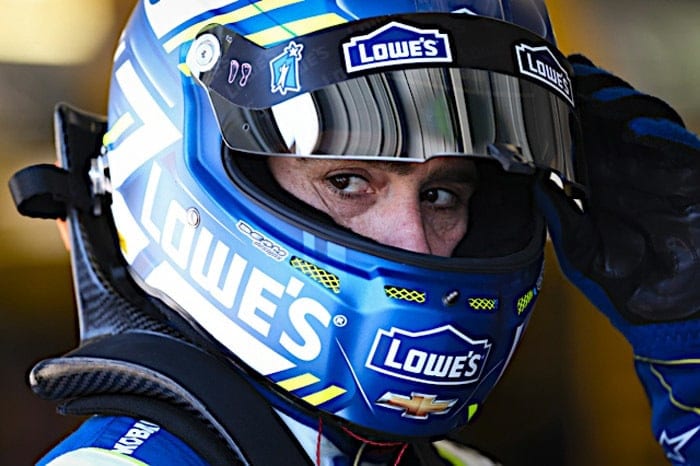 With the NASCAR DraftKings season on break while the Monster Energy NASCAR Cup Series holds its All-Star weekend, there’s time for reflection on the season to date. There have been many memorable moments during the young season, both on and off the track. Yet, when it comes to Daily Fantasy Sports, the best performances don’t always come from the winners.

Here is a look at some NASCAR DFS All-Stars over the first 11 races.

While there’s no contest this week don’t forget about DraftKings, the No. 1 platform for Daily Fantasy Sports. You can jump in on all of the daily fantasy NASCAR action at the Coke 600 by signing up here for a free entry. All you have to do is make a $5 deposit to get started!

Almirola has finished fourth in both restrictor plate races so far this season. The first came in the Daytona 500, an outstanding run followed up by the same type of speed at Talladega.

Almirola’s finish down in Alabama, though has an asterisk next to it due to failing post-race inspection. The No. 43 Richard Petty Motorsports team was docked 35 points and crew chief Drew Blickensderfer was suspended three races.

Nonetheless, when it comes to DFS, the points they picked up on DraftKings were not altered.

At Daytona, Almirola started 13th and over the course of the race accumulated nine positive position differential points. He also led two laps. At Talladega, he started from the 22nd position, resulting in 18 positive position differential points. Both finishes resulted in the 40-point bonus for position. Needless to say, Almirola was a low-risk, high-reward play that paid off more than expected.

Going forward, once Almirola is healthy and back in the driver’s seat, he should be the most sought after mid-tier salary driver at plate tracks.

With 1.5-mile tracks making up the bulk of the MENCS schedule, finding the right formula for a DraftKings lineup changes with the starting position of every driver. It’s important to keep an eye on those who consistently run up front and lead laps.

Truex is that guy. He is the only driver in Cup with more than one win on intermediate tracks. In both victories, the veteran started inside the top three, holding track position.  He also leads the field in overall laps led this season with 536; 376 of those were on 1.5-mile tracks. In wins at Las Vegas and Kansas, he led the most laps.

Starting from the second position at Vegas landed Truex in the perfect spot to take the lead early and run away with the race. He won all three stages, completing the first “perfect race” of the new scoring era. His 150 laps led earned him 37.5 DK points. The win added 46 more points onto the total.

Heading into the second half of the season, Truex has to be the favorite on 1.5-mile tracks, especially with Charlotte up next. Keep in mind he dominated last year’s Coca-Cola 600 and set a NASCAR record for laps led in one race at the track.

The narrative for Truex is clear: when he starts up front, he stays there and leads laps. When picking drivers for your intermediate track DraftKings lineups, he deserves the most consideration.

Johnson had a rocky start to the season, failing to pick up a top-five result until his win at Texas, one week before Bristol. Since then, he and the No. 48 team are back on pace to fight their way to a record-setting eighth championship.

McMurray’s DraftKings salary has been relatively cheap on a weekly basis. He normally settles in around the low $8,000 mark, a steal considering the 2017 season. He has three straight finishes of eighth or better and in all three of those races, he finished higher than his starting position. At Talladega, he rolled off 23rd and ran runner-up to Ricky Stenhouse Jr.

McMurray has seven top-10 finishes in eleven races run so far, which ties him for third-most behind Truex and Kyle Larson, both of which lead the series standings. His average finish stands at an impressive 12.7.

It’s a wonder as to why McMurray’s salary has not risen more over the past few weeks, but it will be important to take advantage of it while you can. His only bad DraftKings points day was at Martinsville where he blew a tire and finished at the back of the pack.

Busch’s best finish on the season so far was at Martinsville back in April. Kyle won this exact race in 2016, then led 274 laps this time en route to a second-place effort. He moved from 10th place, earning eight positive position points while the time up front added on 68.5 more. The No. 18 Toyota was the fastest car for 90 laps, which earned him an additional 45 points. Needless to say, he was the best scoring driver on DraftKings that day.

At arguably the most famous short track on the circuit, Bristol, Busch suffered some bad luck. That unfortunately resulted in a poor DraftKings performance. He blew two tires during the race, both while running well within the top half of the pack. The initial blow caused minor damage, and Busch was able to work his way back up to seventh before the second failure ended his day.

Busch has had a stretch of terrible luck on the season, yet has sprinkled in four finishes of fifth or better. He also trails only Truex in laps led, sitting seventh in the series standings. There is no doubt the younger Busch should bounce back.

While there’s no contest this week don’t forget about DraftKings, the No. 1 platform for Daily Fantasy Sports. You can jump in on all of the daily fantasy NASCAR action at the Coke 600 by signing up here for a free entry. All you have to do is make a $5 deposit to get started!