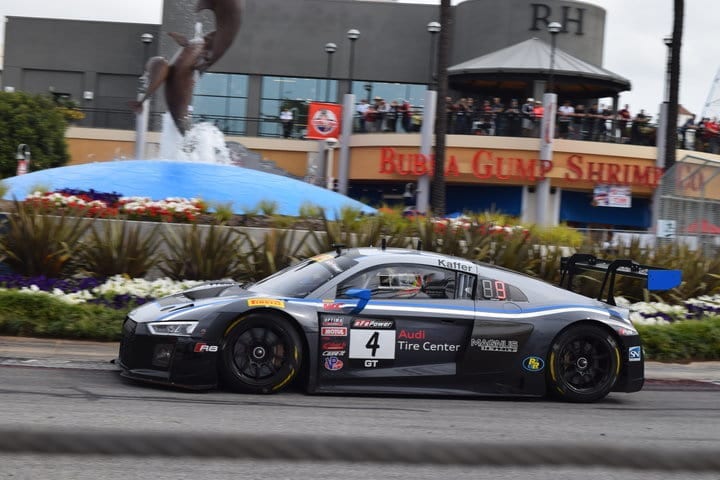 On Tuesday, Magnus Racing announced that Dane Cameron and Andrew Davis have joined the team for this weekend’s Pirelli World Challenge Grand Prix of Lime Rock Park.  The IMSA WeatherTech SportsCar Championship regulars will replace Pierre Kaffer and Marco Seefried.  Both drivers will be racing in the Zurich 24 Hours Nürburgring this weekend in Germany.

Cameron is quite excited about his one-off opportunity with Magnus Racing.

“I’m extremely thankful to Magnus Racing for bringing me in this weekend,” Cameron stated in the team’s press release.  “The team is one of the most known in the scene, and their performance on track has been really impressive in recent years. I’m excited to learn how things operate within the group, and being able to team up with a driver like Spencer, one of the best GT guys out there, is something I really look forward to. Lime Rock is always a tricky place to visit, but I’m confident the Audi will be really strong there. I look forward to experiencing all that the team and series has to offer.”

Cameron will drive the No. 4 Audi R8 LMS GT3 pictured above along with Spencer Pumpelly.  While Cameron has little to no experience in the Audi, he has a good amount of GT3 experience.  In 2014, Cameron won the TUDOR United SportsCar Championship’s GT Daytona class title driving the No. 94 BMW Z4 GT3 for Turner Motorsport.  He has seven career victories in GT3 equipment, including a class victory in the 2015 Northeast Grand Prix at Lime Rock.  That win came after teammate Michael Marsal crashed the car in Friday practice.  The car had to be taken off-site to a third party shop to be put on the frame straightener to order to race.  Marsal and Cameron missed qualifying and came up from the rear to win.

Davis, who will team up with team owner John Potter in the Pro-Am No. 44, has a lot more experience in Audi R8’s.  He currently races full-time in the IMSA WeatherTech SportsCar Championship for Stevenson Motorsports, racing the R8 on a regular basis.  He’s looking forward to having fun this weekend.

“It’s great to be back with Magnus [Racing],” Davis stated.  “I’ve known most of the guys in the team for a long time, and it’s a great group. Joining John for the latest rounds of SprintX competition should be pretty intense, Lime Rock is always a track you have to be very heads up at, but the team has had great success there. This is my second year racing with an Audi full time, and while the tire is very different there’s still a lot that can translate. It should be a fun weekend.”

Davis previously raced with Magnus Racing back in 2010 in the American Le Mans Series.  At the time, the team fielded a part-time entry in the all-Porsche GTC class.

Pirelli World Challenge teams seeking additional track time have already pulled into Lime Rock Park for pre-weekend test sessions.  The weekend itself officially gets underway early Friday morning with practice and qualifying.  Frontstretch will be on-site at Lime Rock Park this weekend to bring you everything as it happens.