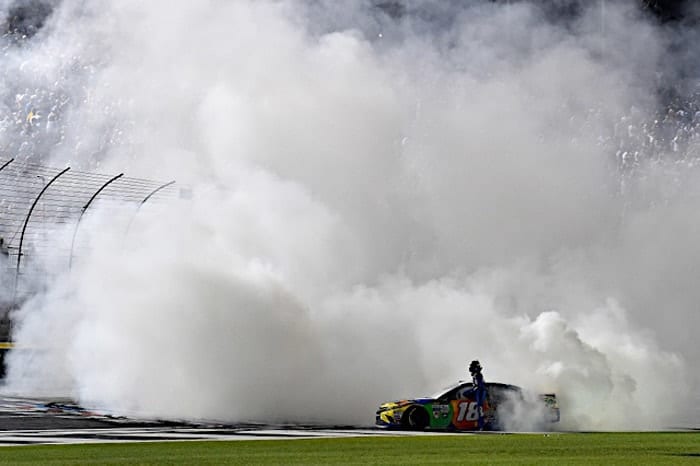 The stars of the Monster Energy NASCAR Cup Series headed home (for most of them) to Charlotte for the first of two consecutive weeks. First up: the All Star Race. Kyle Busch finally brought home a long sought-after Cup win at Charlotte Motor Speedway. Whether it was an exciting race is certainly open for interpretation. However, there is little doubt how much the visit to Victory Lane meant to the driver of the No. 18 Joe Gibbs Racing Toyota.

Now, the all star showcase in NASCAR differs from most other major sports. In most team sports, all stars are on teams with other players they normally don’t compete alongside. Additionally, they are facing a group of opponents that normally don’t take on all at once. In NASCAR, the opposition is essentially the same for this event as it is for any other. But dangle that million dollar check in front of everyone and suddenly they all add it to their must-win list.

So what effect did the all star weekend have on the power rankings? Well, we got our own team of all stars together and we all took a shot at glory. It wasn’t easy but nothing comes easy when you compete against the best. While there was no seven figure check to entice our contributors, they certainly put forth a million dollar effort. So take a look at the rundown. Did we prove why our stars are among the best and the brightest? Or have we fallen too far to be considered among the elite?

I’m trying to figure out how the all-star race should change the rankings at all. Seems to me, given the goofiness of the all-star race and how it isn’t a real race at all, that it should have no affect on the power rankings. It should be ignored as if it were an off weekend.

“Whether it was an exciting race is certainly open for interpretation.”

What planet did you come back from? If you watched that debacle you have ONE “interpretation” that’s the same as everyone else’s.

When Kenseth wins a race (and he will) where will he rank? Run good and move up. Have a bad streak and disappear. Win and suddenly your stock goes up for a while.