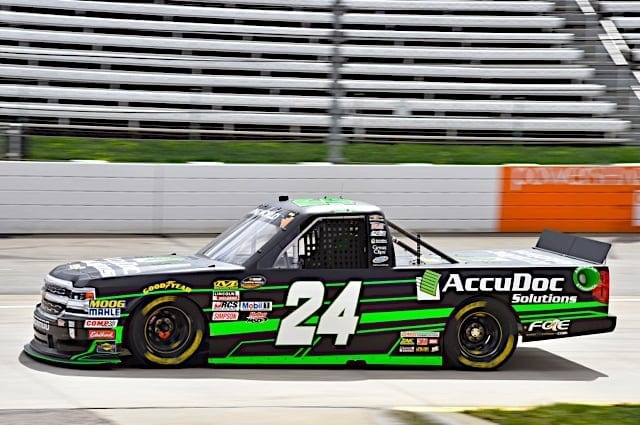 Crew chief suspensions continue to be a common theme for the 2017 NASCAR season.

It was an L1 infraction, as the “Post-Race height measurements were outside NASCAR allowed tolerances. Race finish is encumbered per Section 12.10 Euncumbered Race Finishes,” according to NASCAR’s press release.

Haley’s crew chief Kevin Bellicourt has been fined $5,000 and will face a one-race suspension for the infraction. Haley was docked 10 driver points and his team, GMS Racing, was fined 10 owner points.

The points loss comes as a big blow to Haley’s playoff chances, as it drops him from 18th to 22nd in the point standings. He started the season with a points deficit, missing the first two races because he did not turn 18 years old until April 28.

Also announced on the report was that Joseph P. Light, a crewmember that was suspended back indefinitely back in March for a behavioral issue, completed NASCAR’s Road to Recovery program and had his suspension lifted.