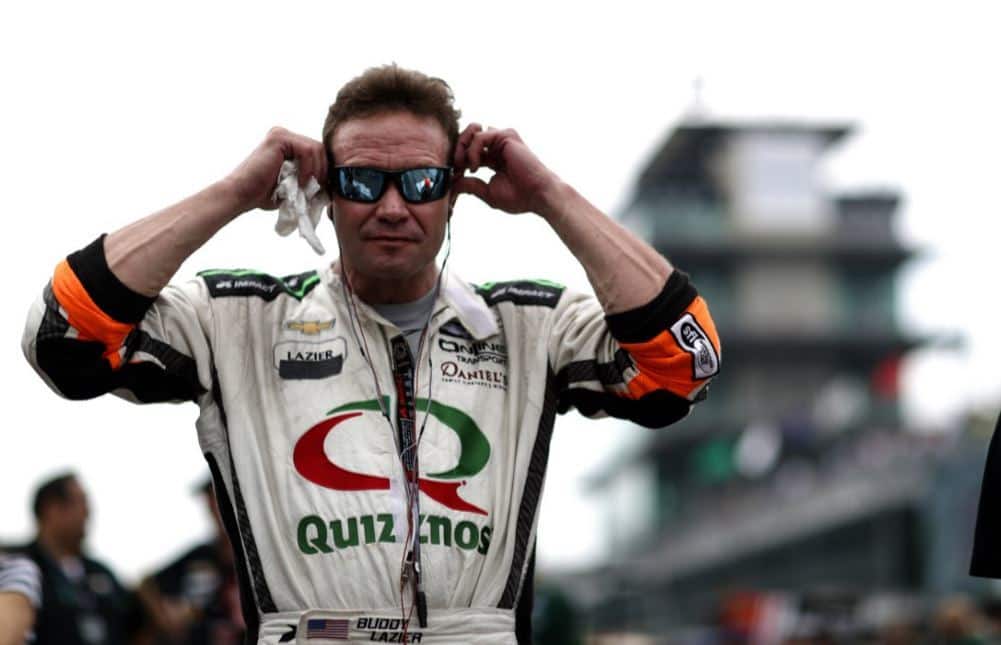 Don’t think twice about telling Buddy Lazier that it’s been 21 years since he triumphed in Victory Lane for the 80th Indianapolis 500 in 1996. He knows it only helps his efforts with a single-car team in the Verizon IndyCar Series.

In a race dominated by drafting, car reliability and driver comfort, 49-year-old Lazier knows he’s at a disadvantage, having only 30 laps in the No. 44 Chevrolet entry before qualifying last Saturday. And it showed as he will start 30th out of 33 cars for Sunday’s 101st Indianapolis 500.

But, as Lazier told Frontstretch.com on Carb Day Friday, the team has exceeded personal expectations and are looking to be the top entry in the back two-thirds of Sunday’s field. Additionally, Lazier gave us his thoughts on being a single-car start-up team in 2017 IndyCar and how the innovations from the series have negatively and positively affected Bump Day.

Zach Catanzareti, Frontstretch.com: Let’s start with this month. You’re back here in Indy. How has this month been going for you and your single-car team?

Buddy Lazier: You know, it’s going good given the amount of resources we have to work with. This is a program that came together very last-minute. We had 30 laps going into qualifying. We started on Friday, everyone else had Monday through Thursday to practice. So, given what we have to work with, I think we are doing remarkably well.

When you have 30 laps before qualifying, you’re not going to sit on the front row with how competitive the field. We have just stayed focused on our race package. I think we have a really good little racecar and I suspect we have caught the first two-thirds of the field. The first third is probably a little better turned up than I am. But I believe for the race, I am as good as anybody in the back two-thirds. That’s only a third of the field we have to get our car better on raceday to go race against them.

I think we’re a lot better — I think we will surprise some people on raceday.

Catanzareti: You spend so much time here. With each day of practice what do you hope to accomplish? You’re looking at thirds of the field, it’s a different mindset. What is it like for you?

Lazier: What you want to do here is, you want to get the absolute maximum out of yourself and your program. If everyone was racing and started on Friday, I think we’d be tough, we’d be the one of the ones to beat. Period. So, what we’re trying to do first and foremost is stay to our program. We have the resources we have. And make the most out of it. The key is to come back in the future with a lot more resources and a lot more packages.

So far so good. I’m pleased. With the final Carb Day warm-up, we have a lot of work done, even though it was some 30 laps. We had a little issue where we had no brake pedal, I had to pump it up quite a bit so that didn’t enable me to put the big lap down because I wasn’t able to draft too close to someone.

We’re always adjusting to different situations. That’s the thing about this place, we can plan for only so much. It’s a big deal on how quickly you can adjust to things.

Catanzareti: Is it difficult to be a single-car team in IndyCar?

Lazier: Of course, it is, especially when you get a late start. You don’t have someone’s data to go with. You don’t have someone to go out and draft with when you’re doing race runs. So, yes, it is. I think in the future we’ll come back with the sort of resources that we will be an attractive single-car team.

We’ve already discussed a potential of doing some technical alliances with some of the other small teams. I think we can all get organized and it would make a good game for a number of us.

Catanzareti: You have experience, the know-it-all from inside the cockpit. But when it comes to the team, engineers, everybody involved, when you’re looking far into the future with a set goal, how tough is it to get the team behind you?

Lazier: We have one, maybe two guys who were even with us last year. This year has been the year we have been training a whole bunch of new crew guys and they have really done a good job. It’s a testament to Mitch Davis, our crew chief manager. He’s done a really good job. And these guys are rookie mechanics, they are professional racecar mechanics. They just haven’t worked on an Indy car.

To be honest, they have come a long way and we really have gelled. And it’s a good little program right now given the resources. I’m pretty excited how it’s going. I do think we are a lot better than it looks like on the time sheets. Nobody really remembers those anyway, it’s all about raceday and what you have.

I can tell you one thing… over the last four or five years, we have always had some kind of silly little gremlin. Last year, it was the throttle censor than seized, leaving me with a throttle that was stuck wide open on the pace lap before the start of the race. Obviously, that messed up our race in a huge way, I went 44 laps down before even starting the race.

All these little things that have put us out, I don’t feel like that is going to be a factor this year. The car has been very well prepped to detail.

Catanzareti: Are you surprised there are not more single-car teams? Only 33 cars this year, you know what it’s like to have a legitimate Bump Day.

The reality is that the cost of these racecars, these are a half-million dollar racecars, by the time you come here and you don’t make the race, you just can’t survive doing that.

It is very appropriate that they have taken the Sunday and made it Bump Day — or Bump-Into-Pole Day, so it’s race to the Fast Nine. Maybe they can make that the Fast 11, Fast 12 so it’s for the first three rows. That’s really far more dramatic and appropriate in doing Bump Day.

Technology changes things, times change. I’ve always liked the fact that the Indy 500 can adapt to those changes. Like I said, I did participate, I’ve been around long enough, and also watched — any time you have a really good program, bump is not as issue. I think it’s more dramatic watching the run for the pole than is it for the run for the last row, to be honest with you.

Catanzareti: Jay Frye (President Competition and Operations of IndyCar) had a couple ideas to bring more entries to the 500: help the smaller teams out and maybe even bring a new engine manufacturer to go with Honda and Chevrolet. What are your thoughts on that? Do you have certain opinions on what can better it?

But as it stands right now between Honda and Chevy, I think it’s really good competition. You may argue that one has an advantage over the other but everything these guys are learning, that technology trickles down to the consumer industry. Everything from disc brakes to a lot of the fuel mileage techniques that manufacturer implement today, were innovated, tested, proven and perfected on a racecar here at Indianapolis before it trickled down to the consumer industry.

There is a lot of relevance as a testing platform for the consumer business, so I can fully understand why other manufacturers would be interested.

Catanzareti: A big innovation here at Indy has been safety. You know better than anybody getting hurt at Phoenix a while back. Sebastien Bourdais just last week. When we talk about changes, safety has been incredible.

Lazier: When I broke my back in 30-some-odd places, it was a 99.6 G impact at Phoenix. Back then, it was a very long duration of the g-forces, which was what hurt the drivers. That was almost unsurvivable. Today, you hit like that, with that duration, you probably walk away uninjured. The innovations that have occurred in the last two decades have been nothing short of phenomenal.

That is the one thing, that is the race that never ends… the race to improve safety. And again, all of those aspects of crumple zones absorbing energy, these are al technologies that apply to consumer industries and make the family sedan that much safer in the future. It has come a long way and it is really a testament to IndyCar and all the manufacturers.

Catanzareti: How much longer are you going to be racing in IndyCar?

Lazier: You know, I’m not sure. I feel like when I’m in the racecar, I don’t believe there is anybody who can do what I do better. I feel like I am very much on top of my game. I really enjoy this place. It tests me, and I enjoy being tested every May. I really enjoy, but at the same time, it’s not something you can do forever. I’m not exactly sure what that is.

I’d like to come back here and do it the right way where you’re running for the top five with a back-up car and you’re really after it. I’d love that. We’ll just have to see.