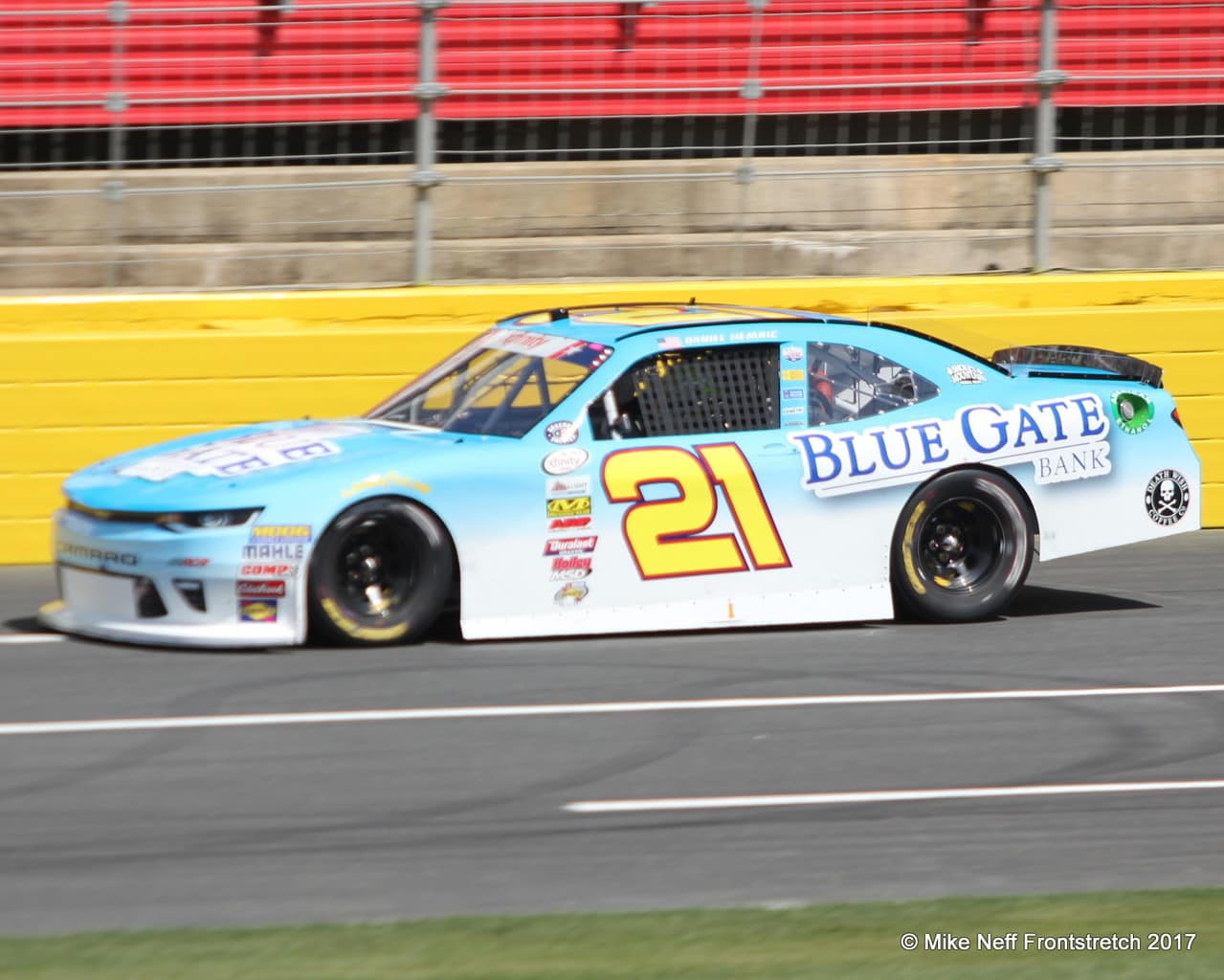 Daniel Hemric continued a season of strong starts with a fourth-place qualifying effort on Saturday for the XFINITY Series event at Charlotte Motor Speedway. Unfortunately that quickly went out the window when the XFINITY Series rookie was involved in an incident on the third lap of the race.

Hemric made contact with the outside wall on the frontstretch and had to come to pit lane for significant repair. His team worked over the car and managed to get the rear deck lid finished off nearly perfect. The end result was a car that could compete but could not move forward significantly. His team spent the vast majority of the race in the middle of the pack before finishing 13th thanks to some bold late-race moves.

After the race, Hemric explained what happened that resulted in his contact with the wall early in the event.

“My teammate had to drop back after jumping the initial start.” Hemric said. “I tried to move up to get out of his way and I unfortunately misjudged the grip level where they had put down the VHT. It was like hitting ice. I slid straight up into the wall and unfortunately put us behind from the start.”

He added: “The team has been giving me great cars with lots of speed, as you can tell from our starts. We just haven’t put together a flawless race. The races where the team doesn’t have a mistake I put us behind like I did today. On the days that I don’t mess up they have a mistake. We’ll have one soon where it all goes according to plan.”

Hemric has started in the top 10 in nine of 10 races this season. He’s managed two top-five finishes and four top 10s, but there have also been three runs in the 30s.

As the team continues to work through the nuances of putting together race-winning efforts, it is setting the table for a very real chance at running for a championship when the playoffs arrive.