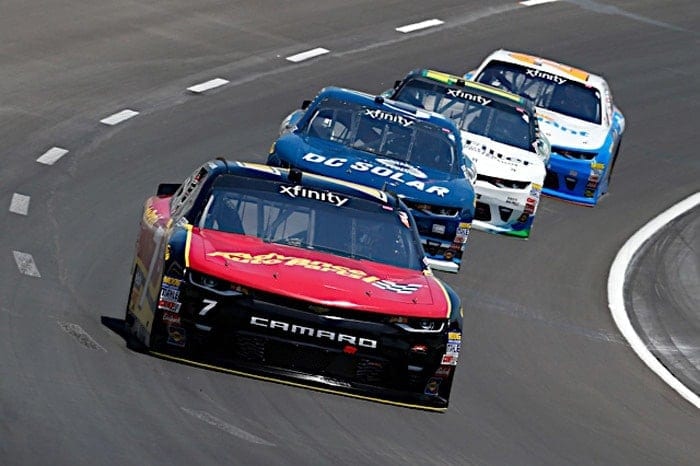 Justin Allgaier continued a strong 2017 season in the NASCAR XFINITY Series by winning the pole for Saturday’s Hisense 4K TV 300 at Charlotte Motor Speedway, the fifth of his career.

After the session, Allgaier seemed very satisfied with his run, saying, “It’s huge… these guys did a great job… I knew on Thursday we had a good car, but I didn’t know we had that good of a car.”

One notable driver that missed getting into the 24-car round two was Brad Keselowski. Keselowski’s crew was busy working on fixing an issue. When asked what the problem was, Keselowski said, “I don’t know. It’s probably a better question for the technical guys.”

The session was slowed by one incident, which took place only a couple minutes into round one. Cale Conley spun his No. 24 Toyota exiting Turn 4, sending it sliding through the grass. Conley sustained little damage but did bring out the red flag, ending runs early for Byron, among others.

Jeff Green and Jordan Anderson were the two drivers that did not make the field.