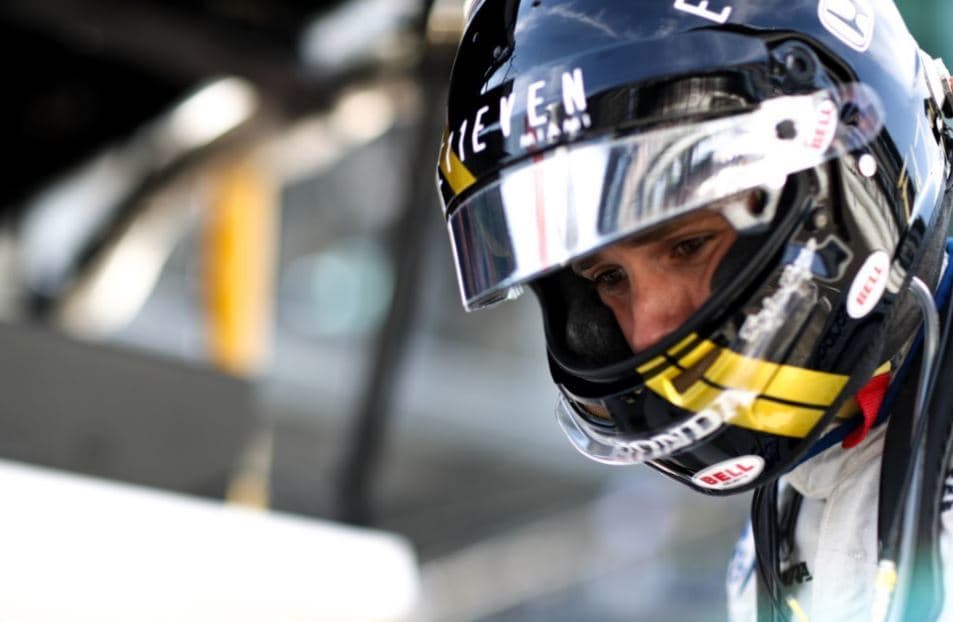 Around the world, all eyes were on Fernando Alonso in terms of rookies to watch. And that was justified, as the Formula 1 champion led 27 laps and was a major contender up front for most of Sunday’s Indianapolis 500.

However, many in the Verizon IndyCar Series paddock looked another way, that toward rookie Ed Jones.

A native of Dubai, Jones qualified a respectable 11th in his first Month of May and stayed in solid running position throughout the topsy-turvy 500-miler. In the end, Jones was in the lead draft to the checkered flag, coming home with his first podium finish in third place.

However, like second-place Helio Castroneves, Jones had to come back after suffering minor damage in the massive crash between Scott Dixon and Jay Howard on Lap 53.

“When Dixon had his crash, thankfully those guys are okay, but I ran over some debris,” he said. “It damaged the floor and also the rear wing. We had to change the rear wing. That sent me to the back of the field. We had to claw our way back up again.”

The damage didn’t stop there, as the 22-year-old had a hole in the front wing that affected drag down the long Indy straights.

“I had some bad luck again,” he said. “My legs got pretty cold, to be honest. I had wind blowing into them like crazy. Also created a lot of drag. I couldn’t pull up to them. We lacked that straight-line speed for, I’d say, the last 40 laps. It was really hard for me to defend or even attack, which was really frustrating because I think we had the car to win today.

Despite the issue, Jones found himself in the front of the field in the final stage, racing the likes of Max Chilton, Castroneves and Takuma Sato for the race lead.

“I haven’t actually done that much running in traffic,” he said. “I was learning how close you could get, using my tools a lot more than I have done in the past.

“Throughout the race, I actually mixed up quite a bit with Helio. He was the one car where I couldn’t really defend from him. It’s nice to have that acknowledgment from him.”

“Great job to Sato and Helio. But, yeah, so frustrating. I don’t know how many opportunities you get to be in that battle.”