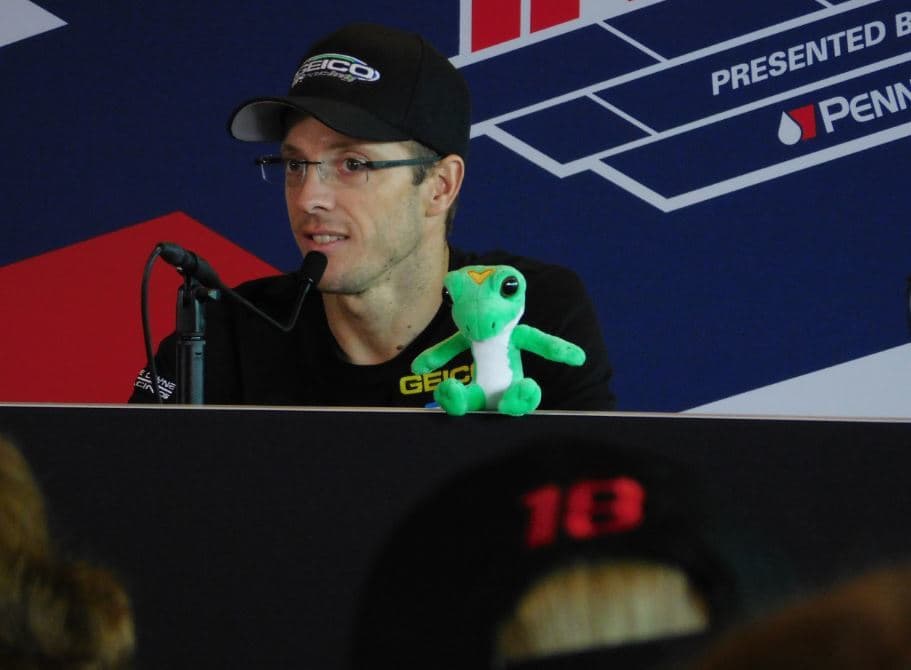 Following a severe accident in Saturday (May 20) qualifying for the 101st Indianapolis 500, Sebastien Bourdais is back at the track.

But it wasn’t an easy return, as the Frenchman suffered multiple pelvic fractures and a fractured right hip in the Turn 2 crash that saw him flip his No. 18 Dale Coyne Racing Honda after slamming the outside wall.

On Thursday (May 25, Bourdais was released from IU Health Methodist Hospital in Indianapolis and on raceday Sunday morning made his first public comments about his condition

“It’s great to be out of hospitalization,” he said. “I had never been through that before. It’s great to walk around, see some familiar faces and some friends. I want to show that I’m in good spirits.”

Preceding his qualifying crash, Bourdais was on the quickest run of the day. Due to this, the 38-year-old did not want to lift.

“I don’t know if anybody knows, but I was full throttle when I hit the wall,” he said. “A pretty good testament to the safety. When I saw the wall coming, I knew it was going to be bad. Those first two laps were eye-opening. I probably should’ve lifted but I didn’t.”

Bourdais instantly felt the pain after the impact, checking to see if something penetrated his racecar similar to James Hinchcliffe‘s accident in 2015.

“The [medical crew] came over asked if I was OK, and I’m like ‘No, I’m not. I’m sure,'” he said. “I kind of wished I lost consciousness because it was a very unpleasant moment.”

With fill-in driver James Davison taking the wheel of his entry in the Indy 500, Bourdais has his eyes set on the season finale for the Verizon IndyCar Series at Sonoma Raceway on Sept. 17.

Bourdais said that pain management is the crucial factor in healing.

“It’s just going to be a long process and there is no reason to rush,” he said. “I can’t put any weight on that right leg for another five weeks. I have to make sue I’m ready when it matters and shooting for the end of the season at Sonoma. That’s just the target for me to have something in mind.”