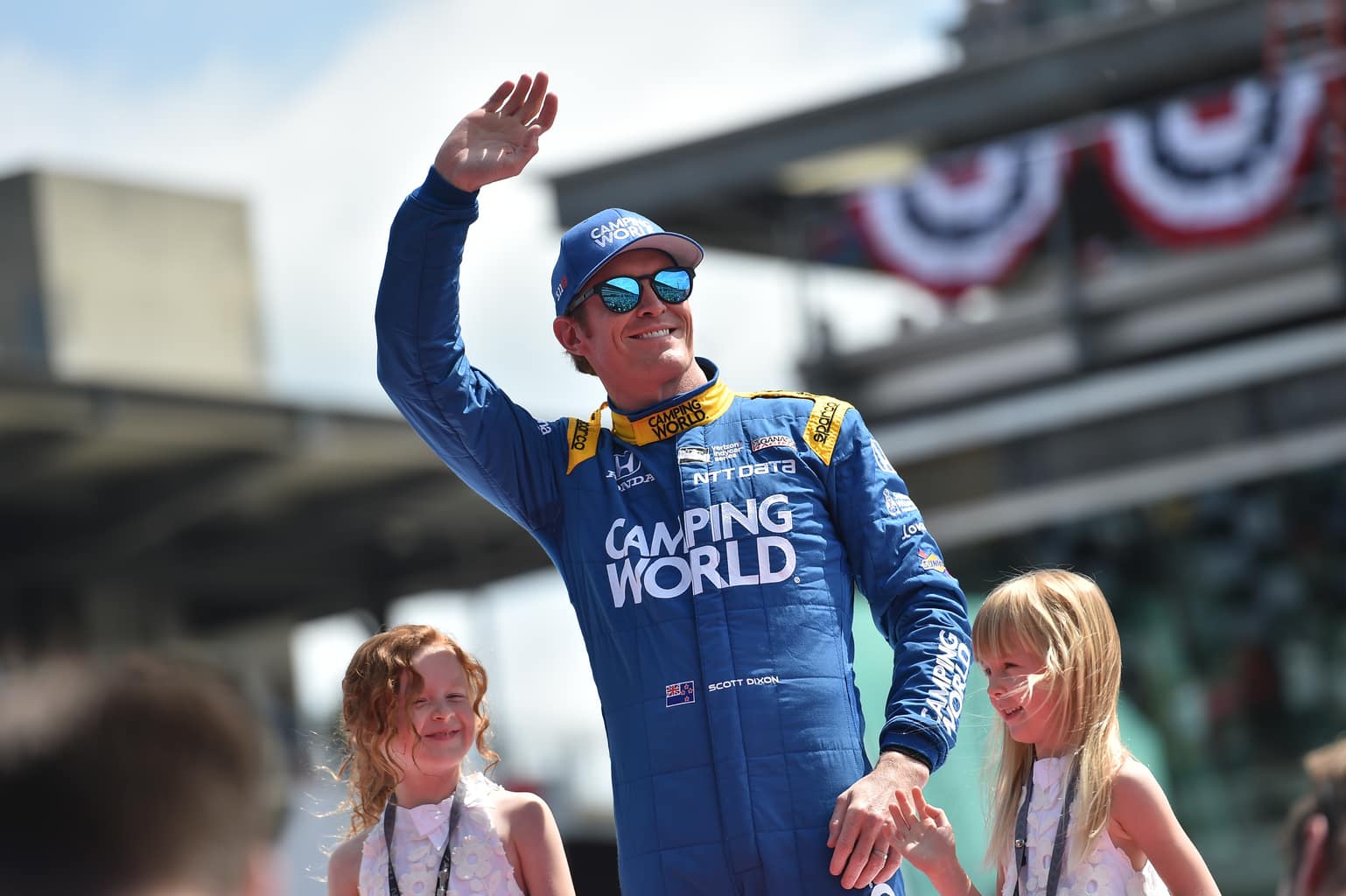 A second-place finish in the Grand Prix of Indianapolis, a pole award for the Indy 500, a robbery at gunpoint, and a vicious crash. This is how Scott Dixon’s May went.

It was an up-and-down month at Indianapolis Motor Speedway to say the least. The New Zealander hadn’t finished worse than fifth in a Verizon IndyCar Series race this year entering the Indy 500, which he won in 2008, but ended up 32nd in the 101st running on Sunday.

Three Saturdays ago, he was runner-up in the Indy Grand Prix. Although he didn’t lead any laps on the road course circuit of the historic race track, don’t argue it was still a strong run for the four-time IndyCar champion.

It was a euphoric moment for Dixon; so much so that he thought the digital readings on his steering wheel weren’t accurate.

“I thought maybe the dash had broken on the steering wheel and brought up a fake number,” Dixon said.

But the speed was not too good to be true. His qualifying speed was the only one to top 232 mph and was a half mile per hour faster than second-place starter, Ed Carpenter.

Two teenagers robbed the Dixon and Franchitti while they waited at the restaurant’s drive-thru. They asked for Dixon’s wallet and phone according to Tony Kanaan, one of Dixon’s current teammates.

“While they were ordering with their windows down, two guys approached at gunpoint,” Kanaan said. “They held a gun at Dixon’s head. … You don’t expect that to happen, especially here.”

While the incident drew national attention, Dixon and the Ganassi organization downplayed it. Dixon didn’t discuss many details about the event and made it clear he was focused on winning the 500-mile race on the following Sunday.

Dixon led the 33-car field to green in front of more than 300,000 spectators. Surely, Dixon, a winner of 40 Indy car races in his career, would be one of the contenders throughout the race. Or at least many had thought.

The only laps he led were the first five. The lightning-fast No. 9 Honda he ran in qualifying didn’t have the same speed anymore. About a quarter of the way through the race, Dixon was in the middle of the pack when Jay Howard’s car hit the wall coming out of Turn 1 and ricocheted into his path.

Dixon crashed nose-first into Howard’s No. 77, went airborne into the inside catch fence, and flipped once before finally coming to a halt right side up. As he unstrapped himself from the car, the crowd cheered because they knew he was OK.

“It was a bit of a rough ride,” a composed Dixon said after being cleared from the track’s infield medical center. “I was hoping Jay would stay against the wall. I’d already picked a way to go and there was nowhere else to go. … It makes you believe in the safety of these cars and the progress they’ve made.”

What good can Dixon take from Indy 2017?

Obviously, first and foremost, he and Howard were fine after the violent accident. There was a time not so long ago that their crash could have resulted in serious injuries or death. Between the crash and the robbery, Dixon came face-to-face with death twice in the span of a week. Thankfully, he was unscathed from both events.

Now that May is over, IndyCar enters its summer stretch. Dixon is currently tied for second in the standings with Indy 500 winner Takuma Sato and defending series champion Simon Pagenaud. Helio Castroneves leads by 11 points.

Dixon can continue the season knowing a sub-par month in Indianapolis hasn’t hindered his hunt for championship No. 5.