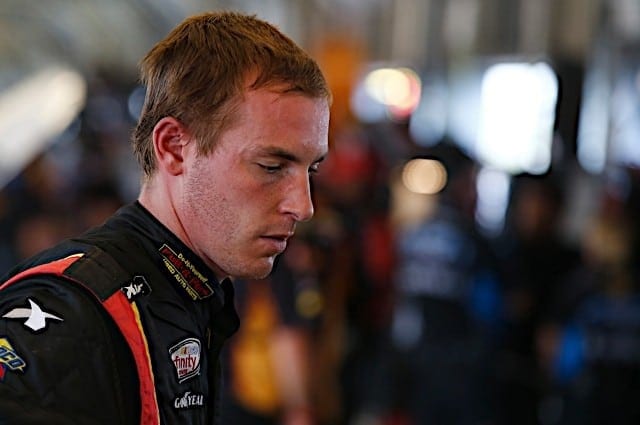 No, listen. This is kind of cool.

When the green flag falls at Dover International Speedway this Sunday in the Cup Series, Ross Chastain and Ryan Sieg will be part of the starting lineup for the first time in their racing careers. And yes, that’s something we can say with almost complete certainty, since just 39 cars are currently entered for the race, meaning that even if there’s one late entry, everyone will still make the show as long as they can get onto the track. We’re only looking at a late-in-the-going driver change in terms of screwing this up somehow.

So, here are three reasons why this is a good story for the weekend. You ready?

First, some background. Chastain and Sieg are both young competitors in the XFINITY Series and have been for the past few seasons. Chastain, 24, first ran full-time in the series in 2015 for JD Motorsports and has five top 10s to his name, one coming during a part-time run in 2014. Before then, the Florida native cut his teeth in the Camping World Truck Series beginning in 2011 and has five top fives and 14 top 10s through 50 starts, five of those starts coming in 2017 for Bolen Motorsports. In fact, Chastain will compete in all three races at Dover this weekend, attempting to run 800 miles in all over three days. This time around, he’s with the No. 15 of Premium Motorsports.

Meanwhile, Sieg has followed a similar trajectory. With his family-owned RSS Racing, the 29-year-old has competed full-time in XFINITY since 2014 and has a total of two top fives and six top 10s, along with making the first XFINITY playoffs last season (he ended up ninth overall).

In multiple Truck Series starts since 2009 — 106 in all — he landed seven top 10s, also for his own team. In fact, Sieg has only raced for someone who isn’t his family just three times since getting his start in NASCAR’s national series, and twice were his debuts in those series: 2009 in Trucks with GunBroker Racing and then 2013 in XFINITY subbing for Jeremy Clements. When he takes to the Cup track at Dover, he’ll again be with someone else’s team: the No. 83 of BK Racing. There’s a bit of a pattern here.

The same can’t be said for the Cup Series as a whole the last year and a half, because debuts have been few and far between but may finally be on the rise

So, for starters: once Chastain and Sieg start their first Cup races this weekend, they’ll become the third and fourth drivers to do so in 2017. The other two came right at the beginning of the year; Daniel Suarez, the fill-in for Carl Edwards at Joe Gibbs Racing following his unexpected retirement earlier this year, did so at Daytona International Speedway. The following weekend, Cody Ware (after attempting a race before in 2016) made his first start, driving for Rick Ware Racing at Atlanta Motor Speedway.

Yeah, we’ve already equaled 2016 — and what’s more, at this point a year ago, no one had even made their debut in the Cup Series yet. Dylan Lupton was the first to do so, driving at Sonoma Raceway. Four months later, Ryan Reed followed at Talladega Superspeedway. Then you had Gray Gaulding at Martinsville Speedway and, finally, DJ Kennington at Phoenix International Raceway.

Which is kind of interesting. In fact, I wrote about it last year, back when Reed was about to take the green flag at Talladega. By that point, we were already aware that Gaulding and Kennington were planning to run, too. But no one else could get into the field. Not one.

Compare that to 2015, when 12 different drivers made the starting grid for the first time. Yeah, 2016 pulled in just a third of what it had the previous year. And there are a few reasons for this, a drop from a 43-car field to 40 certainly a factor but also the implementation of the charter system, which has hindered new, sometimes one-off teams from popping up in the series nearly as much as they used to.

So all of a sudden we’ve got four showing up through the beginning of June when the series had to take practically all season to do so last year? Hey, no argument here.

But that’s not the only reason why this is interesting. Note the pre-Dover debuts this year and everyone last year, specifically the tracks at which each debut happened.

This weekend will also mark the first time that more than one driver made their debuts in a single Cup weekend. And that’s been a bit of a rarity for the last two years at this point, because even 2015, with its 12 debuts, could only manage the feat once, when Ryan Preece and BJ McLeod both popped up in the field at the second New Hampshire Motor Speedway race of the year.

It’s happened four other times since 2013 that a race had more than one driver debut. Interestingly, the second New Hampshire race was the site of the one preceding 2015, when Corey LaJoie and Clay Rogers ran it in 2014. Also that year, Michael Annett and Alex Bowman ran Cup race No. 1 in the Daytona 500.

Because the two such events in 2013 — the second Charlotte Motor Speedway race and Sonoma Raceway — didn’t have just two drivers debut. They had three and four, respectively.

Sonoma was nuts, though I guess you might expect it since the track used to be such a hotbed for one-off drivers back when teams utilized ringers more often for road courses. That year, you had Victor Gonzalez Jr., Alex Kennedy, Justin Marks and Paulie Harraka.

That previous point sort of leads into the last one here: the track itself. Again, you expect this to happen at road courses. You’ll get them at short tracks on occasion, too (and, apparently, New Hampshire). Think of the Truck Series too, where Martinsville tends to have a whole mess of debuts, due in part to the series’ allowance of drivers at least 16 years old at shorter tracks.

Dover? Eh, not so much. It’s only happened at the track one other time since 2013, and that’s when Brett Moffitt showed up at the spring 2014 race to fill Jay Robinson’s No. 66 for a race. Oh, hey, Robinson — guess what he owns? Premium Motorsports. Maybe there’s something about Dover.

Look, I’m not saying Chastain and Sieg, along with Suarez and Ware earlier this year, are the start of something new. The Cup Series is not necessarily building back up its roster of debuts; you’d be better to look in the XFINITY and Truck series, where there have been seven across both series, including three in the season-opening XFINITY event at Daytona alone (future stars, too: William Byron, Daniel Hemric and Tyler Reddick). That’s how it’s been more often than not in the sport for years, and there’s no indication that’ll change anytime soon.

But already matching last year’s number? At least there might be some rebuilding going on. And in a season with already two first-time winners, that’s not bad at all.