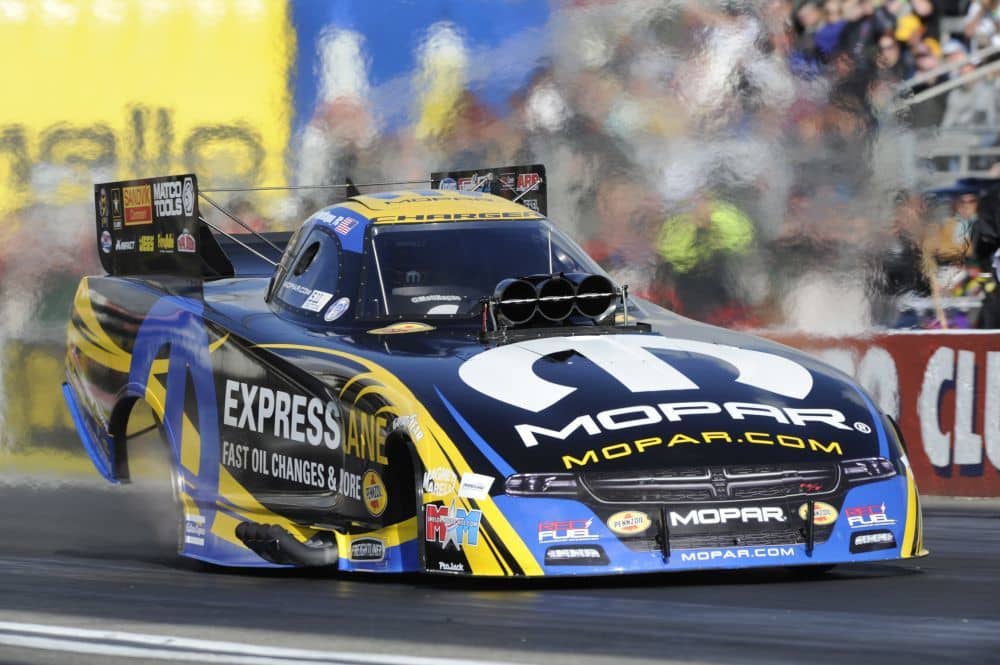 Nitro cars are the bread and butter of the professional levels of NHRA drag racing. They are placed as the biggest stars, on the biggest stage and much like Cup cars in NASCAR, and it falls to Top Fuel and Funny Car to carry the rest of the show. They are the pinnacle that all up-and-coming drivers are striving to reach. It’s been this way in NHRA since the earth has cooled.

When thinking of the history of the sport, especially the heyday of the 1970s, the drivers and cars that come to mind are Nitro cars. Shirley Muldowney and Connie Kalitta behind the wheels of Top Fuel cars. The Snake and the Mongoose in Funny Car. Jungle Jim Lieberman. It was the show that brought the fans, and it still does today, but is this changing? Will it always be the draw it once was?

There’s this thing that has become a big talking point in some forms of motorsports called relatability. Specifically, the ability of a fan to relate the cars they are watching to the cars they drive every day. Let’s be honest about this: a dragster was never anything remotely like a car the ordinary person might drive. You could maybe make the argument for Funny Cars for a bit longer, but it’s been a long time since a Funny Car looked anything like a street car. Forty years ago, fans didn’t care. They came to see the fantastical creations.

Fans of today don’t seem to carry the same mindset. NHRA still relies on the Nitro cars, fantastical fantasy creations, to carry the show, but are those fantasy cars what most fans want to see? Are those cars what will draw new fans through the gate?

This weekend in Epping, New Hampshire the NHRA will once again run an exhibition race within the race, this time for X275 drag radial racers. This is the second such event this season, with the No Prep contingent (think Street Outlaws) showing off their game in Houston a couple of months ago. Supposedly there may be more of these exhibition classes during the season. One thing that’s apparent about many of these cars is that they look like cars. They are still race cars and you probably wouldn’t drive them on the street, but it looks like you at least could.

These exhibitions are being added as an effort to reach out to other very popular types of drag racing, hopefully bringing in some of the fans of those disciplines. Or in other words, most likely fans who prefer cars that look like cars to the Nitro machines. It’s being done with a mindset of drawing these fans in to see what NHRA has to offer, particularly Nitro, in hopes that they will enjoy what they see and become new NHRA fans. Can this work?

The NHRA professional class that these fans can probably connect with most readily is Pro Mod. A Pro Stock car might look more like a street car, but that class is having its own issues with trying to break the image that it’s a spec car, something else fans never seem to like. While Michael Biehle’s car might be one of the most stunning rides rolling out there, there’s no mistaking it for a street Mustang, and yet fans find it more relatable.

You probably wouldn’t want to drive a Pro Mod on the street, but technically you could. A number of racers do it every year during drag week, a competition held on several different race tracks around the country with the caveat that racers have to drive their race car from one track to the next on the actual road. Oh, and you can only take your race car which means your Pro Mod is not only driving on the street, but it’s probably towing a trailer full of tools and parts too. All of which makes it relatable as a real car.

There are a few questions that it comes down to here. Is the future to be found in the Nitro divisions, those that have always been the backbone of the NHRA program? Even if you can get fans of other styles of racing to the track through these exhibitions, will they become Nitro fans? Even if they never embrace Nitro cars, what about Pro Mods? Should the NHRA take a harder look in that direction for its future?

Whether you like Nitro cars or not, you have to admit they are definitely fast. In case you missed it, here is Matt Hagan’s record setting run from Topeka. Hagan set both the quickest time and fastest speed in Funny Car history with a 3.80 second, 338 mph plus run. To put this in perspective, it took me 15 times longer to type that sentence than it took Hagan to drive that 1000 feet.