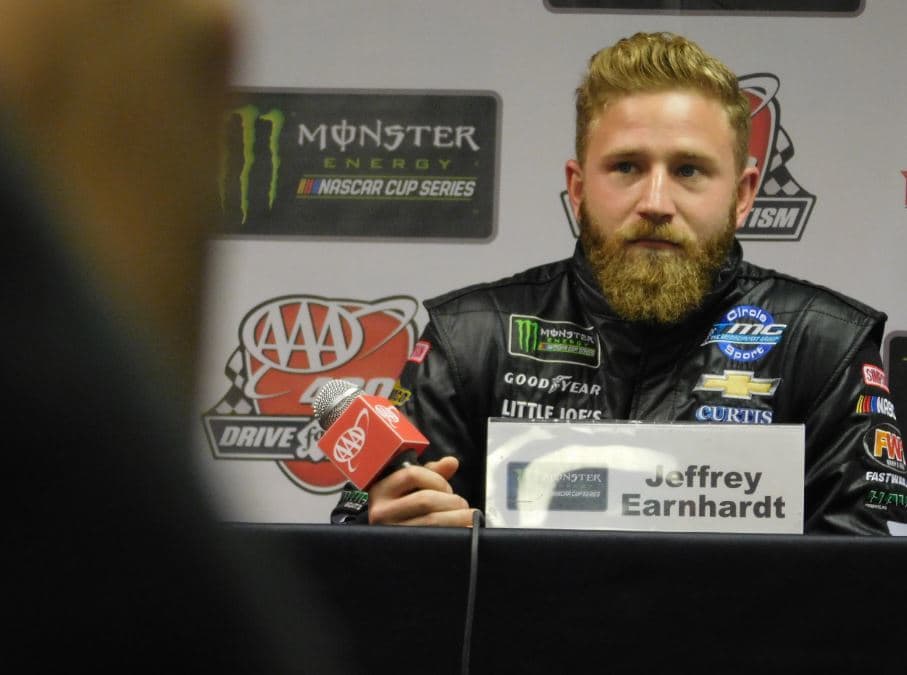 The future is looking up for driver Jeffrey Earnhardt and Circle Sport Racing with TMG.

The No. 33 Chevrolet team has picked up a new primary sponsor after a tough opening third of the 2017 Monster Energy NASCAR Cup Series season. Streaming company Hulu will cover the car for 19 of the remaining 24 races, a deal that stabilizes the single-car effort.

“To be able to partner with a company as big as Hulu is huge for myself and Circle Sport with TMG,” Earnhardt said. “I think it will be a real fit with what we’re looking for in NASCAR with the new generation. There’s a lot of cool things I see coming in the future with our partnership and I’m excited about everything from here on out.”

The deal was announced Friday at Dover International Speedway. Car owner Joe Falk said the deal is “long-term,” one that will hopefully extend beyond 2017. He said he is excited to see companies interested in their program despite their early struggles.

“Hopefully [Hulu] like me and Jeffrey enough that they stick with us,” Falk said. “We’re hoping for a lot of different things here besides putting a name on a car.”

One area of improvement should come on the racetrack. Through 12 events, Earnhardt has only finished five times, with a best result of 26th in the Daytona 500.

Most of those DNFs are the result of engines-part failures, some of which caused accidents. Adding some cash should help the small Cup team up its mechanical game.

“Every dollar goes a long way,” he said. “There have been races where we don’t have sponsorship and that’s tough on anyone, but definitely tough on a small team. To have companies like Hulu come on board is huge to not only have more funding at the racetrack, but to get us more exposure and branding. There are tons of benefits.”

Starting his 37th career Cup race in Sunday’s AAA 400 from Dover International Speedway, the 27-year-old is still learning to adapt in the sport’s top series; he remains without a top-25 finish. But the grandson of Hall of Famer Dale Earnhardt has kept his confidence up through the process.

“I still have a long way to go as a driver,” he said. “It’s only my second year in the Cup Series. I’ve been talking with several people throughout the garage trying to shorten that learning curve as quickly as possible. The learning never stops in this sport, it’s always changing.

“I really think I have a long way to go, I feel like I’m trying to do all I can to make myself a better driver to give Joe Falk the best results I can.”