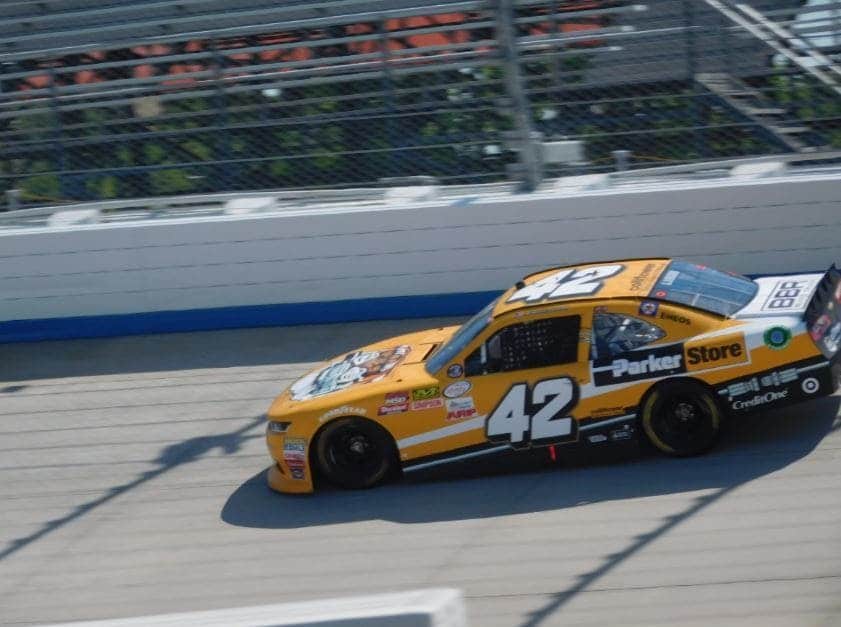 The NASCAR XFINITY Series were the first to hit the track Friday morning at Dover International Speedway. Joey Gase and Spencer Gallagher? They were the first to have a verbal altercation after the Monster Mile reached out and bit.

Cup regular Kyle Larson led the way at 154.540 mph, putting down a hot lap around halfway through the session. Larson’s No. 42 machine was .027 tenths of a second quicker than Matt Tifft (154.361 mph), the best XFINITY Series regular. Last fall, the 20-year-old made his only start at Dover, finishing eighth. Now a full-timer, he’ll hope to follow that up this season with his first win.

One incident halted the session, coming with just over 20 minutes to go which caused frayed tempers. That’s when Gallagher dove into turn 3 under Gase, turning him into the outside wall. Both teams have elected to go to backup cars as their Chevrolets were banged up.

Gallagher came on the radio and screamed, “What was he [Gase] thinking?”

The XFINITY Series will be back on track at 1:30 p.m. ET for final practice before qualifying at 10 a.m. ET Saturday morning. Allgaier is the defending pole winner of the event.