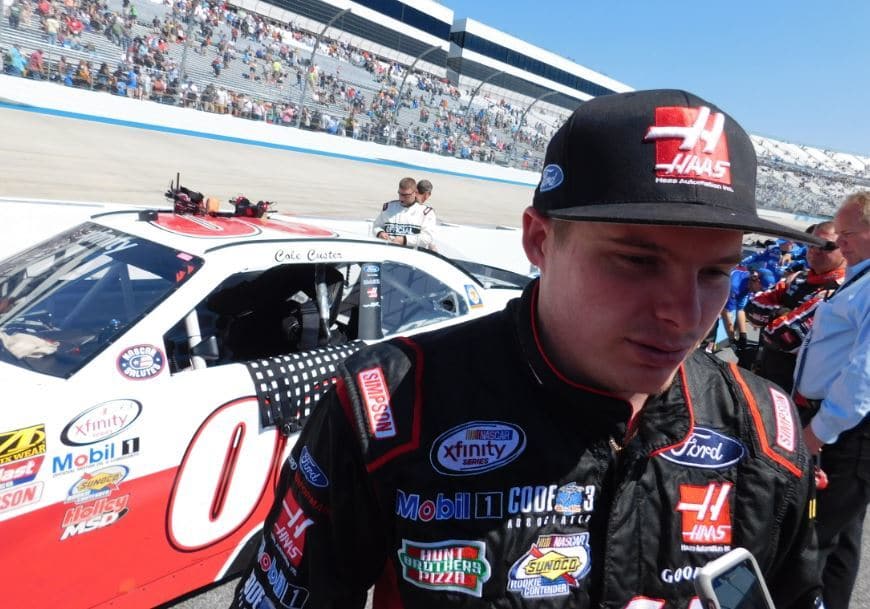 Cole Custer and Stewart-Haas Racing have yet to win in their debut season in NASCAR’s XFINITY Series. They haven’t even led a lap.

But for Custer, one of the sport’s promising rookies, he may have taken another step closer to contention this weekend. The No. 00 Ford came home fourth in Saturday’s OneMain Financial 200 at Dover International Speedway.

The finish, which ties Custer’s best through 16 series starts, came as a surprise to the 19-year-old. He said clean air gave him the advantage needed to stay inside the top five late.

“I think we guessed a little wrong on our adjustments going into qualifying,” he said of a 14th-place starting spot. “In the race, we were about a fifth-to-eighth-place racecar. I was stuck back there for a while, had some bad breaks. Then, we just played the strategy game and we got up there. It worked out perfect for us.”

With a 60-lap green-flag run to end the race, Custer was more than happy to bring it home clean and quiet.

“I was surprised. I thought they definitely would’ve thrown a caution,” he said. “It seemed like a couple cars got into the wall. I was praying to not have a caution, I didn’t want to have to deal with another restart.”

Thankfully for Custer, he went unchallenged. The reward was his second top five of 2017, which advanced him to the top 10 in points for the first time since Las Vegas in March.

The series now approaches a summer stretch comprising of 18 consecutive race weekends. After finishing outside the top 20 five times in the first 10 races, Custer is thrilled to kick off the month of June with momentum.

“Hopefully, we can keep knocking out some consistent runs and get ourselves up in the standings a bit further,” he concluded. “We can definitely do that. We have had a lot of fast cars, but we just need to execute well.”