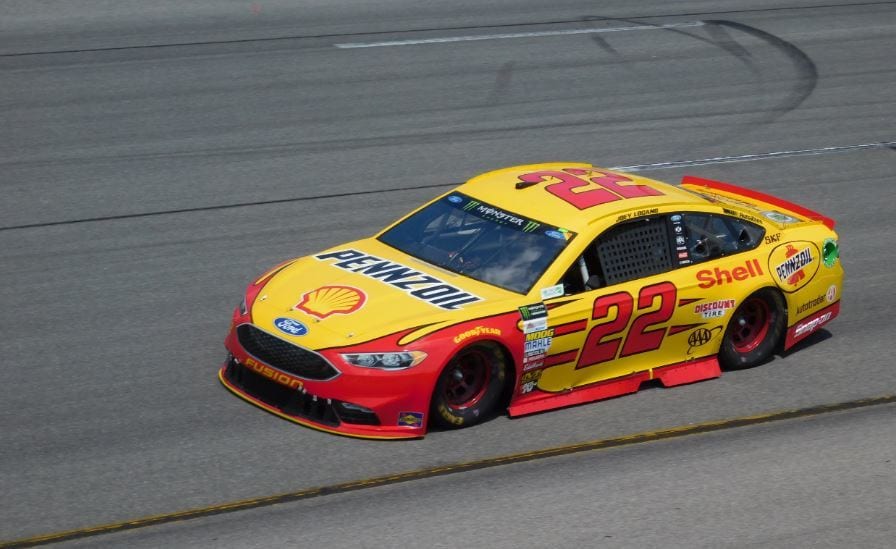 The Monster Energy NASCAR Cup Series is at Dover International Speedway tomorrow afternoon for the AAA 400 Drive For Autism.

The DraftKings strategy for shorter tracks is all about finding dominators for your roster. A dominator is a driver who will run up front, lead laps and generate fast ones for extra bonuses.

Alternatively, for the middle to back end of lineups, it’s crucial to find a driver that performed poorly in qualifying and could work their way up the field for those coveted position differential points.

This week’s fantasy forecast is backed by DraftKings, the No. 1 platform for Daily Fantasy Sports. You can jump in on all of the daily fantasy NASCAR action at Dover this weekend by signing up here for a free entry into one of this weekend’s contests. All you have to do is make a $5 deposit to get started!

Truex shut it down on his first qualifying attempt Friday afternoon after the No. 78 car got loose. At the end of the first round, he went back out to record an official time and laid down the second-fastest speed. That effort on older tires and a hot motor is a testament to how fast his car is this weekend.

Dover is Truex’s hometown track, a place where he has two career wins. One of those came in the fall race last season. He started on the outside of row one and led 187 laps.

In that effort, Truex recorded 134.75 total DraftKings points. 46 points were via the win, 41 were as a result of laying down 82 of the fastest laps, and 46.75 came from 187 laps led. Truex also gained one bonus point for positive position differential.

He’ll start this Sunday under the same circumstances, so his potential for another great performance is high.

Truex has five top-10 finishes in the last six Dover races and is the hottest driver on the circuit. He snagged the points lead with a third-place finish last weekend at Charlotte, leading 233 laps in yet another dominant performance. If he can duplicate that success for another week, he’ll wind up in Victory Lane and can extend his hot streak in the series.

Logano struggled to find speed during qualifying and failed to transfer out of the first round. He will be starting deep in the field (26th position) which maximizes his positive position differential potential.

Joey didn’t find much success at Dover over the first three years of his career, but has come around over the past 10 races. He has eight top-10 finishes over that span, and his worst performance is 22nd in the spring Dover race last season. Last fall, he finished a strong sixth.

Since winning at Richmond, Logano has wrecked out of two of the last three races. Luckily for DraftKings players, Logano is the most consistent driver in recent Dover history. After some tough luck during the month of May, Logano is motivated to bounce back in June.

Despite being safely in position to make the postseason, this 27-year-old is not a driver who is content with driving mid-pack. Aggressive on track, crew chief Todd Gordon on top of the box will put the No. 22 team in a position to find its way towards the front on Sunday. A top-10 finish for Logano would bank at least 16 positive position points, on top of points for finishing position. 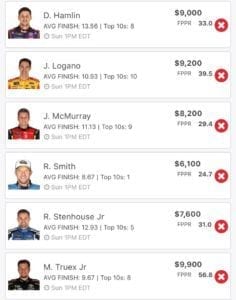