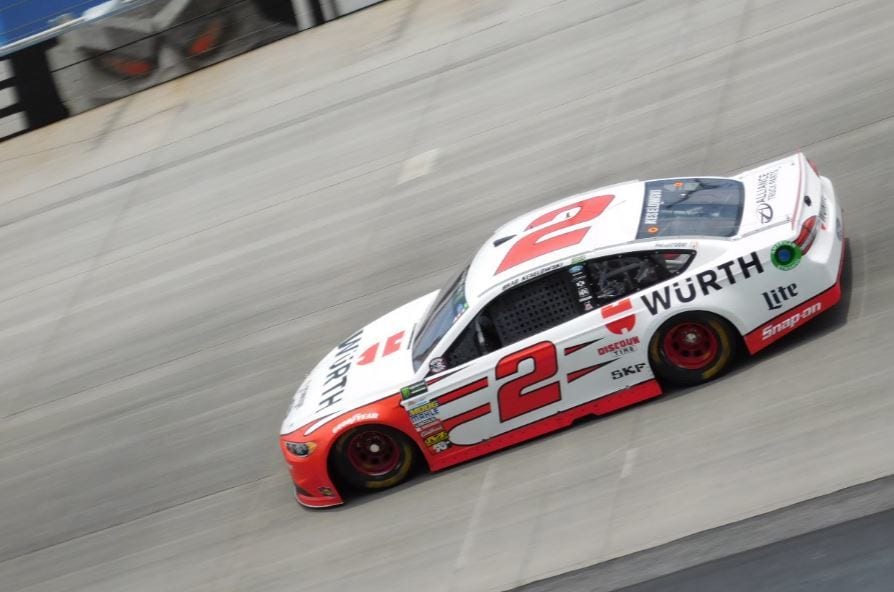 The Monster Mile reached out and bit early and often in the AAA 400. Sunday’s Monster Energy NASCAR Cup Series race saw Ricky Stenhouse Jr. and Brad Keselowski head to the garage after less than 70 laps.

Stenhouse was the victim of tire problems; he clobbered the wall not once, but twice. It’s the second DNF of the season for the Roush Fenway Racing driver and his first finish outside the top 15 in eight races.

“This track’s tough,” he said. “We saw some tire problems this weekend. We’ll look at it.”

Stenhouse did remain optimistic as it was a promising run early. The No. 17 Ford ran inside the top five and even led three laps, the first of Stenhouse’s career racing Cup at Dover.

In Keselowski’s case, he wound up an innocent victim when Kurt Busch lost control on a restart. Busch got loose, spinning right into the No. 2 Ford in turn 1 and there was nowhere for Keselowski to go.

“I’m not 100 percent sure,” Keselowski said about the incident. “Wrong place, wrong time. Something happened where Kurt got loose. It’s a little bit of bad luck, but that’s the way racing goes. Part of it.”

Keselowski now has failed to finish three races this season, including two straight for wrecks. His two wins, though have left him locked into the playoffs.

Busch, heavily damaged from the incident wrecked again before lap 100, a crash which also knocked the No. 41 Chevy out of the race.

“It was a shame the driver wrecked the car today,” Busch said. “I just didn’t bring my ‘A’ game. I made some mistakes and ruined Brad’s day.”

The ending was sickening.

I have a tape of Brian talking to Chad on his private line just before J-Jo backed off from Larson.

“Don’t worry. You’ll get your chance at the end. Either the 23 or 38 will bring out the final caution.”