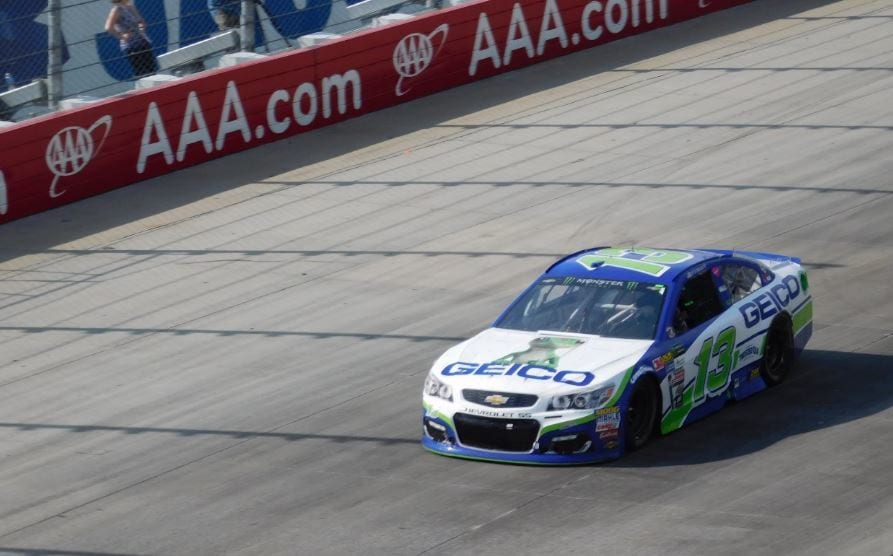 Could we have seen back-to-back victories for the Dillon brothers in 2017? We will never know after the Big One swallowed up front-runner Ty Dillon and others during NASCAR Overtime in Sunday’s AAA 400 from Dover International Speedway.

Restarting fourth, Dillon was in prime contention to grab his first career top-five finish in the Monster Energy NASCAR Cup Series. Pit strategy had snuck him up front where the rookie led a career-high 27 laps with the GEICO Chevrolet.

However, when satellite teammate Ryan Newman ran up into the left side of Dillon, the No. 13 Germain Racing car ended up in the wrong direction on the backstretch. Dillon’s wreck collected nearly a dozen race cars, ending the event under caution and putting a damper on an otherwise career performance.

“I don’t know if the No. 31 got tight underneath me and got into me,” Dillon said. “It was enough where, I was a little loose, and I hit the sand that NASCAR didn’t pick up off turn 2. It just sent me [spinning] and it was chaos after that.”

Despite the wreck, Dillon still limped to a 14th-place finish, the fifth top-15 result of 2017 for the Richard Childress Racing-backed team. But it could have been so much better considering their pit calls.

After running on the lead lap all day long a caution at the right time, in the middle of green-flag stops left the No. 13 up front for the ensuing restart. He was part of a quartet of RCR-affiliated cars who hadn’t pit when the caution came out.

That left him almost certain to earn a career-best result. But another caution, this one with three laps to go ended up decimating that dream.

“I was very comfortable sitting in fourth,” he said of the late green-flag run. “I was just wanting to get those laps over with and bring it home with a top five, our first.”

Even so, Sunday was a solid step forward for Dillon and the No. 13 single-car organization. Leading 27 laps on the day, the most in team’s history, all they needed was a clean run to the end to get the finish. With only one prior top-10 result in the team’s history outside Daytona and Talladega, Dillon is optimistic about the message the run sent through both their team shop and the Cup Series garage.

“I think we proved to ourselves that we can run inside the top five any day,” he said. “It was quite the showing for our Germain, GEICO Racing team. I’m really proud of our effort. We proved as a little engine that could that we could go out and run with the big boys.”

With the summer stretch of races to come for the Cup Series, Dillon is happy to have turned the “could” into a “can” in terms of reaching Victory Lane.

“This is huge,” he said. “You just have to believe you can do it, first. We did. Now, we have to set our standards to that and go hard [every week]. We opened up a lot of eyes and that’s a good thing for our team.”