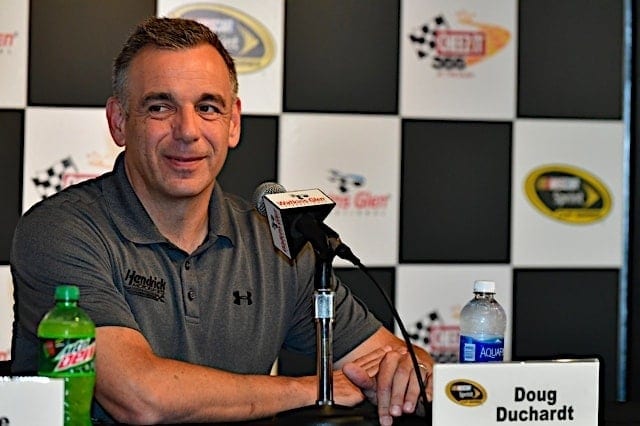 Duchardt will remain in his role through the end of June.

He joined HMS in 2005 as the vice president of development. He oversaw the design, engineering and production of the team’s racecars. In July 2013, he moved to a newly created general manager role. As general manager, Duchardt was in charge of all racing operations.

“Being a member of this family of talented people for more than 12 years has been an unparalleled privilege,” Duchardt, who previously was director of North American motor sports initiatives for General Motors, said. “It was a difficult decision to make, but I feel this is the right time in my life to pursue other goals. I’m incredibly thankful to Rick (Hendrick) and all of my teammates for a truly rewarding experience and for the countless relationships that will continue on.”

Hendrick Motorsports stated that the role of GM will not be filled. Instead, Duchardt’s duties will be distributed among several current HMS employees.