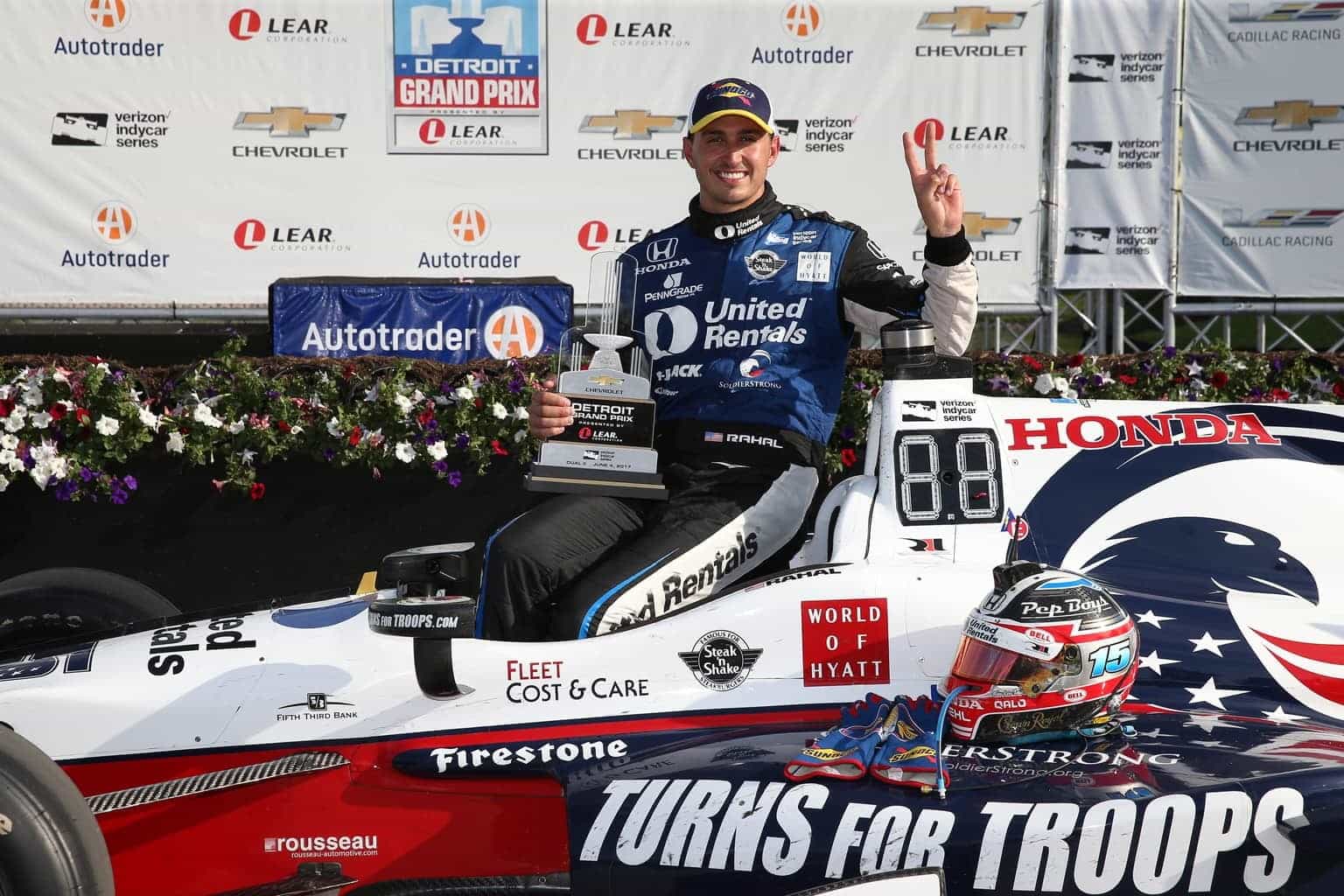 After the Indianapolis 500, Graham Rahal was 15th in the Verizon IndyCar Series standings and 101 points behind the lead. One week later, he finds himself sixth in the standings with that lead cut in half.

Rahal swept the dual-race weekend at The Raceway at Belle Isle, becoming the first IndyCar driver to do so since Scott Dixon at the Toronto street course four years ago.

He now has six career victories and is the first multiple-race winner of 2017.

“Through the midst of May, which was brutal, I can tell you within the organization (Rahal Letterman Lanigan Racing) it was just hard for our guys to bounce out,” Rahal said. “To get a clean sweep this weekend, I think we got all but one point, which was a pole for today.”

There were 140 laps completed in the two Chevrolet Detroit Grands Prix, and Rahal led 96 of them. That’s four laps more than what he led from the start of 2015 through the Indianapolis 500.

The next event on the schedule is the Rainguard Water Sealers 600 at the 1.5-mile Texas Motor Speedway, where Rahal is the defending winner. So, can RLL Racing keep the ball rolling next weekend? He certainly thinks so.

“I’m a huge, huge believer in (momentum),” Rahal said. “It’s great that it played out the way it did and we move on to Texas. … I’m excited about Texas. It should be a track that will suit the Honda package very well. Hopefully, we can go down there and get another victory.”

Asking Rahal to get a third consecutive win is a tall task, considering RLL is the only single-car organization that competes full-time in the series. Simon Pagenaud won three straight last year en route to the championship, but drives for four-car juggernaut Team Penske.

Rahal has never had three consecutive podiums. But if there were a place for him to do it, Texas, where he has a pair of top-two finishes, is a great spot. It would also give the 11-year veteran confidence as IndyCar hits the summer stretch.

“I spent seven years or something without a win,” he said. “So to finally be able to, the last few years, win now five races, over the last couple of seasons, it’s strong. We’re proud of that.

“But we’re not going to take it for granted. We want to keep focusing. … A lot of opportunity ahead, including next weekend, where we won last year, and we know we can win again.”